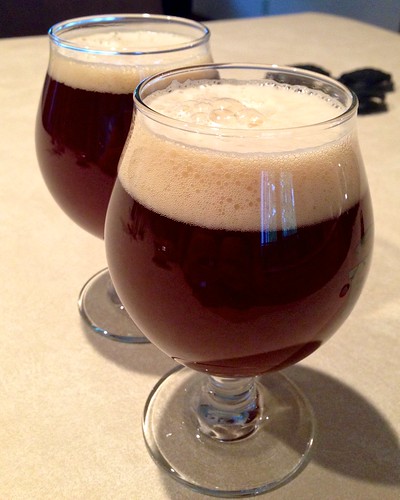 The name translates to honesty from the Latin into English. I chose this name in part as an homage to Felicitas, my first beer. Though I hold no shame over it being an extract (nor a kit), I felt like this was perhaps closer in spirit to the amber ale I was going for all along.

I love a good American amber ale (“red ales”) and for some reason, they seem difficult to come by. I have many fond memories of Casco Bay Brewing Co.’s Rip Tide Red Ale, and though I didn’t want to go exactly for that, it did provide a frame of reference. What I wanted was something dark in the glass, though more red than brown, and with a flavor that hinted at smoke and spicy rye, with something earthy as its base.

Over a couple weeks, I worked out a recipe that was sounding good. The steeping grains were all about flavor: rye and smoked malt and flaked barley. Amber DME and Munich LME would provide the color and the lion’s share of the fermentables. The hopping strategy called on Galena for bittering and Columbia for aroma. Target original gravity was 1.054 which was nice comfortable place to start with ye olde trusty US-05.

However, reality’s circumstances had other ideas for this brew… 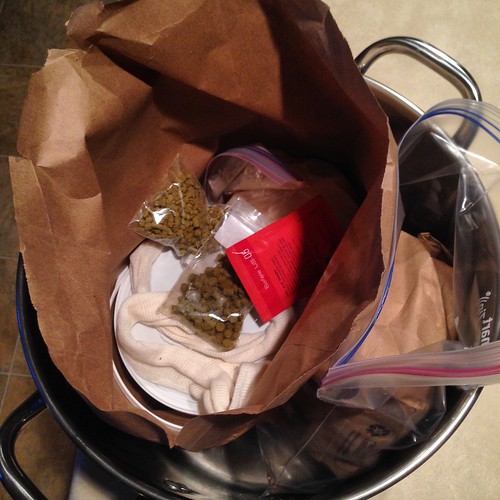 Our local HBS didn’t have Munich LME, but amber was a just-fine substitute. A little miscommunication found Columbus rather than Columbia hops in the bag. “But that’s OK,” I told myself, “we can make this work.” Especially since I was getting pretty damned excited about the specific smoked malt choice: 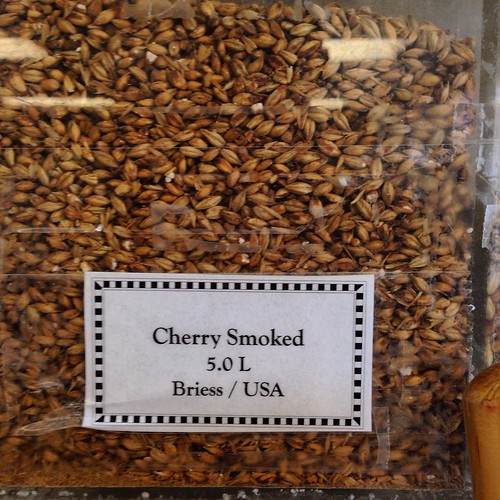 And through a little creative juggling of some of the ingredients (e.g., the hopping schedule), I still felt confident that this was going to work. What I hadn’t accounted for was just how much the additional fermentables were going to raise the original gravity. I knew I had a little extra of both the DME and LME, but well… Whereas I expected to start at 1.054, I found myself hovering around 1.067.1 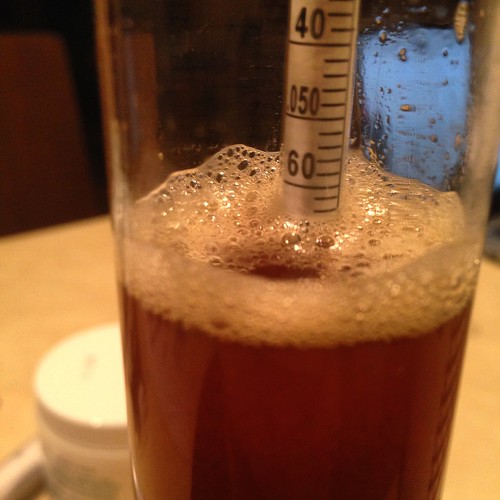 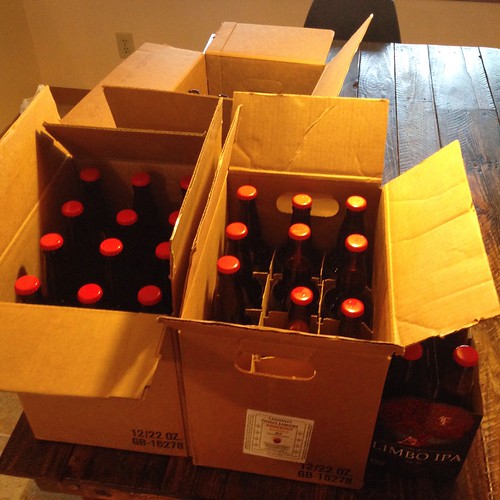 Despite all those missteps and circumstances, I’m very happy with the results. The color is just about exactly what I was going for — a deep, dark ruby red that’s a little bit cloudy (but it’s dark enough that it doesn’t matter too much). The aroma has some earthy/spicy qualities with just a hint of smoke.4 The flavor has a good balance between the malts and hops, leaning more malty to start (again with that spicy touch of rye) but finishing with an assertive bitterness. (I’m wondering how that would be different if I’d managed to get the Columbia hops, but of well. Next time?) Mouthfeel is full and chewy. Overall? Very happy with how this pours and drinks.

The extract recipe for Honestatis is as follows (with originals and actuals highlighted as such).