For the third installment in my single-hop APA series, I took some of the “left overs” from the Grisette Moderne and applied them toward this project. Time for Prosody (Mosaic):1 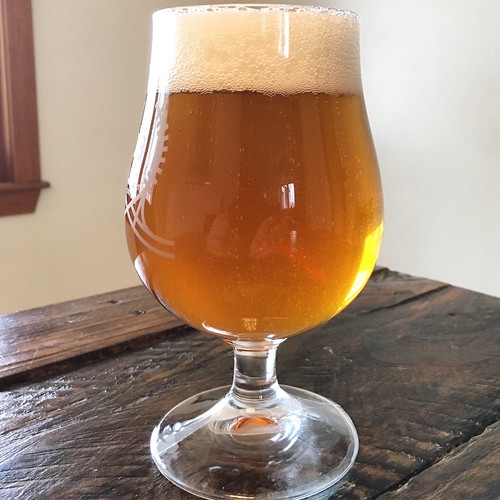 I’m a big fan of the Mosaic varietal. Given its popularity with craft brewers (and their consumers2), this should come as no surprise. If anything, you’re probably eye-rolling me at how cliche it is to do a Mosaic single-hop. But no need to feel defensive. Mosaic is great, and I had some on-hand. So I let it rip.

And (for me) the best part: with the 10 gallon Spike kettle in full effect, it was time for my Prosody Project recipe to graduate to its all-grain version.

The day before brew day, I got my house yeast strain into a starter and spinning on the stir plate3; I also got the brewing liquor into the kettle and adjusted. Then, bright and early the day of, I got the flame going. I mashed in at 154.3°F, wrapped the kettle in the Reflectix “battle armor”, and tried to hold it steady for 75 minutes.4 My mash pH reading came in at 5.21.5 After pulling the bag and doing the squeezing, I had about 5.9 gallons of wort at 1.049. 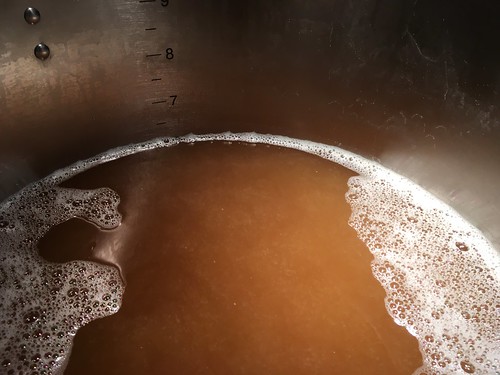 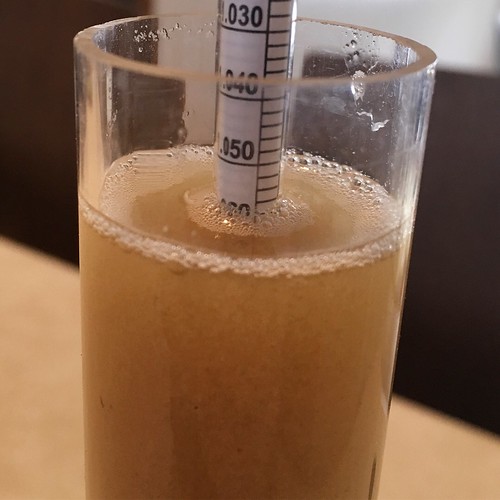 Almost exactly 5 gallons went into the carboy. From there, I aerated the wort as best I could with ye olde méthode d’agitation and pitched my yeast from the starter. 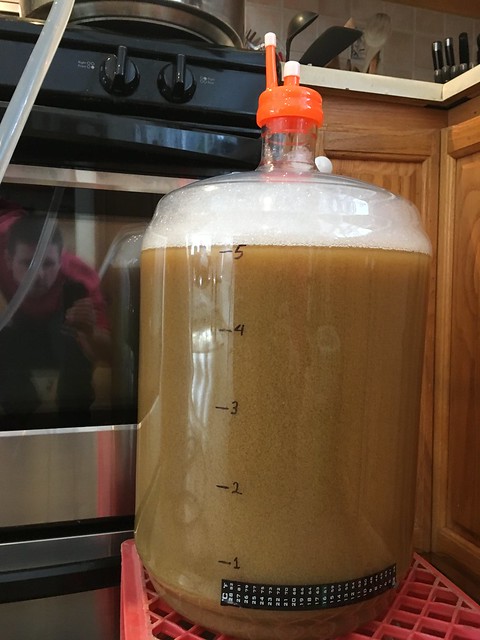 The carboy went into the fermentation chamber and I set the temperature controller to 67±1°F. I had bubbling in the blow-off bucket five hours later. By +19 it was ripping and roiling away. 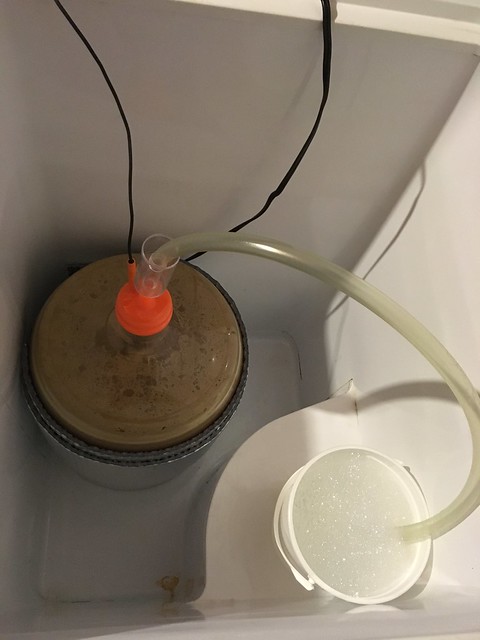 I happily let it do its thing, eventually ramping up the controller to 70±1°F around +93 hours.

After about a week, the gravity had appeared to stabilize at 1.015. I proceeded to dry hop, bumping up to five days from my usual three.

When I pulled the dry hops, I took another gravity reading as a sanity check. To my surprise, it had come down further — finishing at 1.012. I thought that perhaps I had mis-read my thermometer, but given that the previous two versions of this beer had finished at 1.011… maybe that really was where it had finished. To verify, I took another sample, made sure it was thoroughly de-gassed, double-checked its temperature, and ran the calibration and offset numbers for the hydrometer again. Indeed: 1.012.

I cold-crashed, fined with gelatin, and proceeded to prime with corn sugar and bottle this batch: 47 × 12 oz. bottles. (Oh, and I harvested my house strain while I was at it.)

I know we’re always biased toward our own creations but… Mmm. I’m enjoying the hell out of this one. 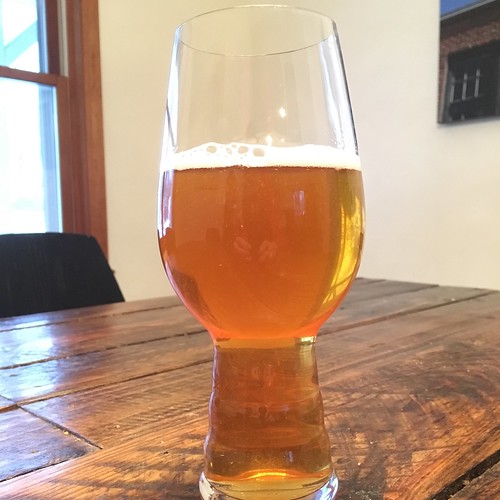 Changes for next time? Three things come to mind as “maybes”.

First, I’m on the fence about whether it’s the right level of hoppy or not. I’d like it to be ever-so-slightly more intense in the aroma. I suspect that bumping up the dry hop charge by an ounce or two might help there. Another thing would be to look into methods to reduce any O₂ pick-up even further.

Second, I’m wondering if I can give the malt backbone just a little more character here. I don’t think it’s flat or one-dimensional, and it is supposed to be on the neutral side — but it… seems like it’s missing something. Granted, this was my first time making a Prosody Project beer as all-grain, so it’s entirely possible such a tweak is going to find its way into the formulation anyway. Perhaps bumping up the Munich malt slightly?

Lastly, I’ve gotten a little paranoid about astringency in my beers. It is feedback that I have gotten a couple of times and I’m now struggling to pinpoint the source. Most of the reading that I’ve done on the subject points to sparge water that is too hot (or an out-of-band pH) as the culprit; but as a BIAB brewer, sparge water isn’t a factor here. Other possibilities include my mash pH (certainly a contender) or over-hopping (unlikely; if anything I’ve gotten more conservative with my hopping rates). While I didn’t detect a significantly astringent quality in this beer, I’m open to the possibility that I’m being too forgiving of myself (though I’m trying not to be). Regardless, this is an area where I’m applying my research skills.

In the meantime, I’ll have no problem drinking (and sharing) this beer. Now I just need to figure out which hop varietal gets the next highlight in my Prosody Project.

The all-grain (BIAB) recipe for Prosody (Mosaic) is as follows: