Over the years, I’ve drunk more than my fair share of craft beer. And of all those craft beers, most of them were from our local Vermont breweries. And of those breweries, Burlington Beer Company has (in a short time) taken over the #1 slot. That is due, in large part, to their very (very) fine rye IPA called Light in the Window. So imagine my dismay when I learned that they were discontinuing production.

No matter. A little social media harassment and begging/pleading later and I got the next best thing to a revival. I got the recipe. Clone in the Window:

Usually this is the part in the blog post where I’d talk about the inspiration and/or how I went about devising my formulation. But out of respect to the brewers, I’ll leave that out for now. I will say (however) that a sell sheet (circa 2015) had showed up online (PDF) at one point and I’d already been trying to figure out a clone recipe on my own. This is what I’d done when I made Summerclone. But apparently a bit had changed between when that sell sheet surfaced and when I had that final draft brew sheet in hand. Regardless…

BBCo. may not be brewing it anymore, but I could still have Light in the Window in my life.

Clone in the Window’s brew day was also the first time that I got out of my kitchen and brewed in my garage. 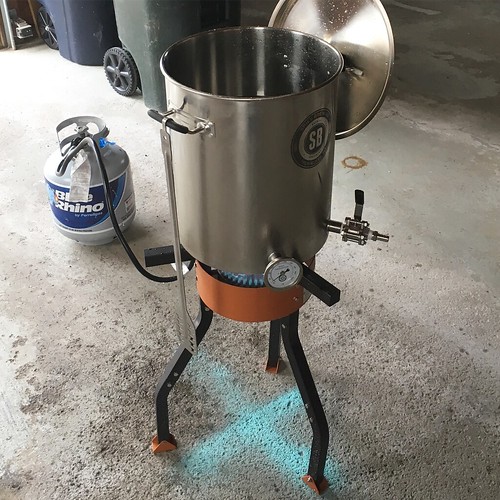 It was chilly (44°F) in the garage, but I had made up my mind to take my burner for a test drive and so that’s what I was going to do. I filled up my kettle, got the burner going to heat up the strike water, and before I knew it, I was mashing in. 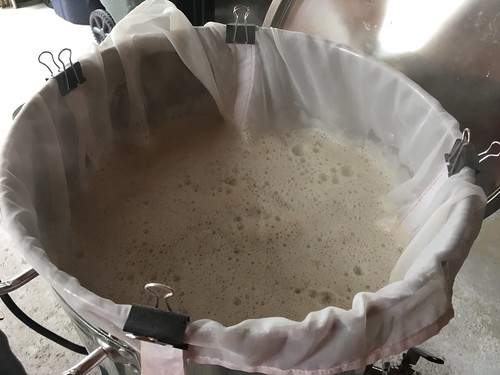 I did my mash, took a gravity reading, and pulled the spent grains for squeezing. A pulley makes that a hell of a lot easier. 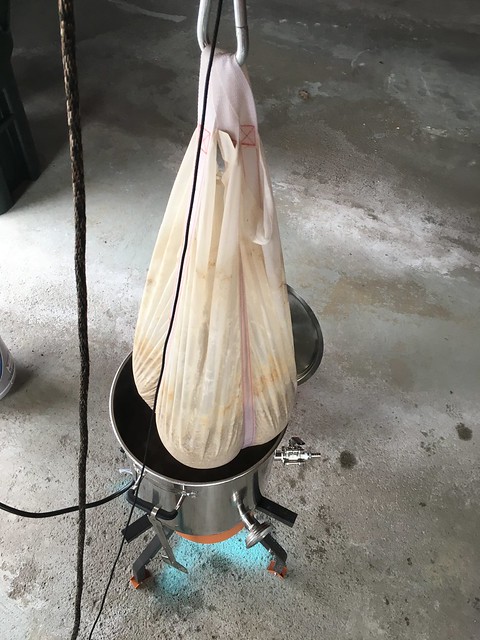 Did my boil, hit it with all those hops, got it chilled down to pitching temperatures, and ran off about 4.75 gallons at the target 1.055. 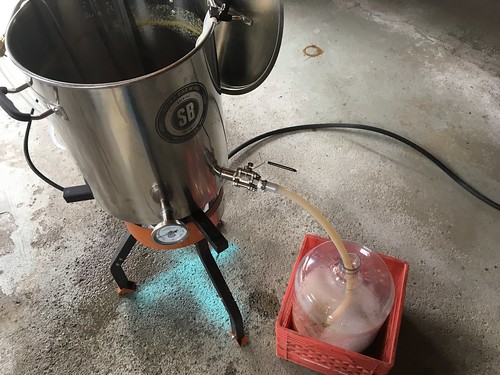 From conversations with the brewers during that 2015-2016 period, I knew that they’d been fermenting mostly with Chico. So I pitched a big healthy starter of 1056 and locked it in at 62±1°F. It bubbled away in the blow-off bucket nice and hard for about four days before tapering off, keeping pretty steady for another three or four. 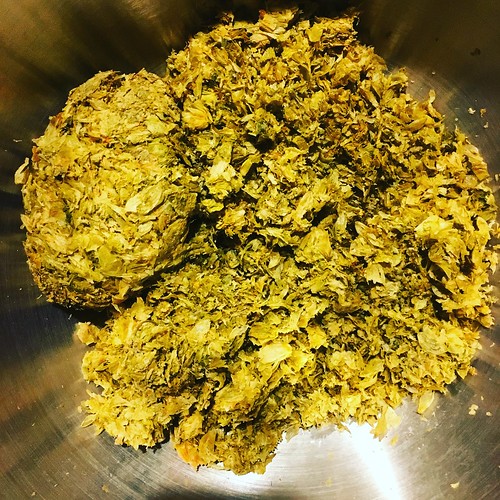 Upon returning, I pulled the dry hops and immediately kegged the beer. I wanted to start drinking this one in a hurry, so I force carbonated it over that weekend so that I could sneak in a taste before going back to work. 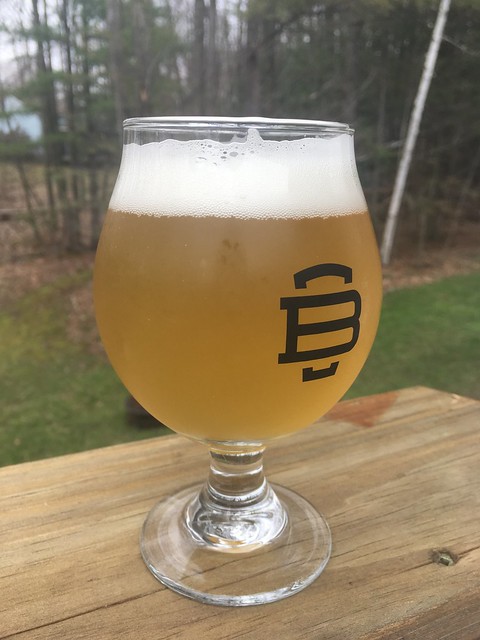 AROMA. Hops lead; strong grapefruit, moderate pine, and a little bit grassy in the background.1 A little bit of malt sweetness with the hoppy grapefruit notes almost give a marmalade impression. Esters are slight and present citrusy. No detectable DMS, nor diacetyl. Spicy rye character is there in very low levels but you have to look for it.

FLAVOR. Hop-forward, and quite similar to what comes through in the aroma; big grapefruit, little tangerine, moderate pine — only just slightly grassy retronasally. Medium hop flavor, not quite up to the intensity of the real thing. Medium bitterness (doesn’t seem as high as the real thing). Malt character brings the rye (moderately spicy with some dry graininess); some very light pilsner malty sweetness. That said, the malt character largely takes a backseat to the hop flavors. The ester that presents as citrusy in the aroma comes across here almost like pineapple. Balances to the bitterness. Finishes fairly dry.

MOUTHFEEL. Medium-light body (had hoped it would be a little drier). Medium carbonation. I’m not getting any astringency, but as it’s not as bitter as the real thing, maybe that’s part of the mental comparison.

OVERALL IMPRESSION. It’s so damn close to the real thing. I’m practically ready to throw it in a white can and stamp LEGIT on the bottom.2

When I make this again, I think I’ll be focusing mostly on process changes. First, I suspect that the mash fell too much too quickly what with the garage temperatures being what they were. A steadier mash holding in the right range will help it achieve the right level of fermentability. (Barring that… dare I say a step mash might be in order?) Second, the dry hopping rate needs to be higher3; and although there’s some romance to using whole cone, I’ll probably switch to pellets. I’d also consider switching from 1056 to 1318 and possibly doing part of the dry hop schedule during high krausen.

Until then… nice to have Light in the Window back, if only at my house.

In this case, I don’t feel like this is my recipe to give away. Perhaps I’ll ask if I can publish it here, and if I get the green light then I’ll update the post with those details. In the absence of such permission… “The secret is that Weyermann rye.”

Clone in the Window, a rye IPA clone by Tilde Gravitywerks

5 Responses to Homebrew #57: Clone in the Window