Inspired by the Brülosophy Short & Shoddy project, I had me an idea. As I stuck a fresh shipment of hops into my refrigerator drawer, I noticed a few lonely bags hanging out down there. Hops that were (probably) still good, but certainly not getting any fresher. I guess what I’m trying to say is that I was practically swimming in hops that just needed to make their way into a beer. Any beer. Like maybe a session IPA called Hoarder Intervention #1.

Like the Brülosophy crew, I’m setting aside some beers in the schedule to experiment with those “Short & Shoddy” brew methods. In my notes, I have the goal stated as:

Can someone make decent (or even good) beer with a minimum investment of time and effort? The point is to make a drinkable all-grain beer in about two hours. By drinkable, I mean that the beer should be something that I wouldn’t be embarrassed to serve to friends; it doesn’t necessarily need to be competition-worthy, but it can’t be infected or under-attenuated or a hot mess.

In other words: can I bang out a beer in about two hours? (After all, wasn’t this Marshall Schott’s original constraint?)

AND/OR can I fit in some brewing around other chores?

But in this case, I was motivated less by trying to hit the time constraint, and more by trying to use up a few odds and ends ingredients that were kicking around leftover from other brews: 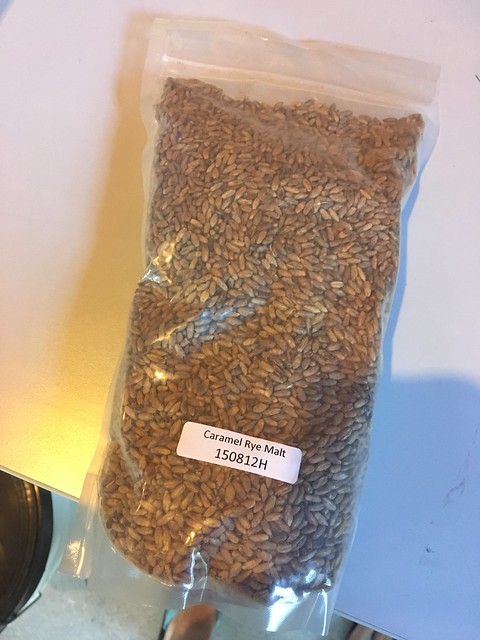 As long as my recipe could use these up and still be drinkable, I would call it a success.

I got the day going nice and early. Milled the grains — the 1½ lb. of caramel rye plus the base malts I’d picked up at the local HBS (50/50 blend of Golden Promise and BEST Pilsen) — and got the flame going for the strike water. 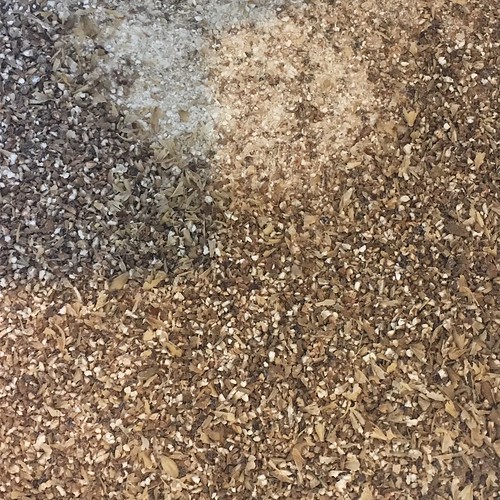 If I was being true the spirit of Short & Shoddy then I would’ve either not modified the water at all, or else just like… sprinkled some gypsum in there or something. But BeerSmith 3 had also just come out and I was eager to play around with its new water profile features. So sure, I measured out some minerals and dosed the water and all that. Mashed in at 152°F and…

Went off to mow the lawn.

Came back an hour or so later, pulled the bag, did my squeezing, and took my pre-boil gravity reading. (1.041, thanks for asking.) 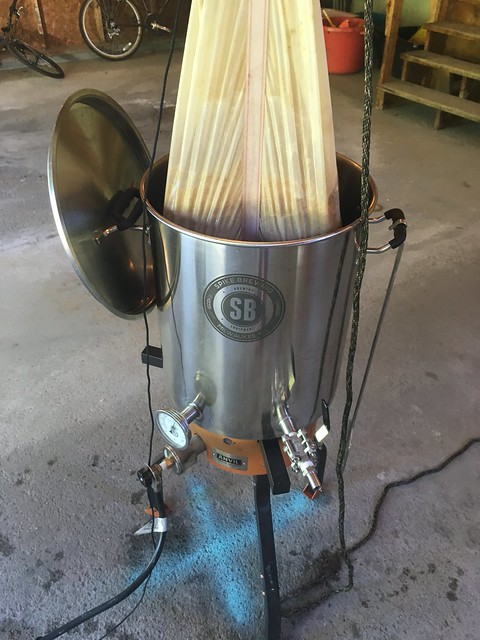 Got to a boil in about 15 minutes and threw in some Centennial for bittering (another open bulk bag that I had in the refrigerator). Boiled for about 30 minutes before throwing in another ounce of Centennial and chilling. Fifteen minutes to chill to pitching temperatures though… that’s going to hurt on the overall goal of getting under two hours. But we’ll save that lament for another day.

It was time for post-boil science. 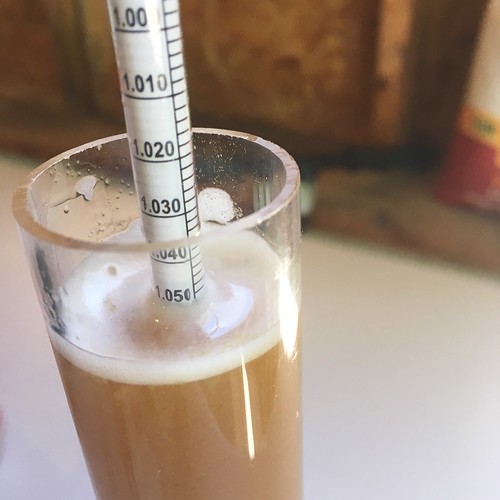 5.25 gallons into the carboy at 1.048 original gravity. Overall brew house efficiency looking like 70% — not too shabby for me, especially considering I wasn’t even trying. 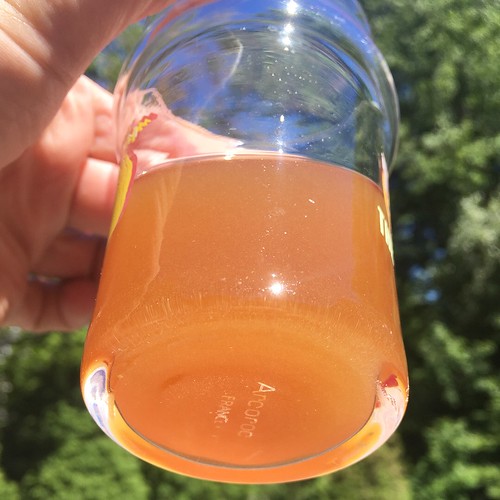 Pitched my yeast (1318) from the starter and got it into the fermentation chamber.

The carboy went into the fermentation chamber (which probably isn’t “in the spirit of Short & Shoddy”) at 66±1°F. Fermentation showed evidence within just a few hours.

But then here came the big questions: Was I going to try a biotransformation dry hop? And if so, when should I add them?

And because I felt like all the stakes were low: 2 oz. of Mosaic went into the carboy at +21 hours after pitching.

I took the first gravity reading at +72 hours; it had already reached 1.016. I bumped the controller to 68±1°F. Later that evening, I added 2 oz. of Centennial for dry hopping.

The gravity reading at +216 hours confirmed that 1.011 was the final gravity.

I cold crashed over two days (skipped the gelatin fining this time), then siphoned to a keg and put it on CO₂ at 50 PSI for about 18 hours.

It’s… it’s a beer! Far from my best work, but also arguably better than some beers that had more effort put into them. So it’s got that going for it.

AROMA. It leads with equal parts (medium-intensity) pine and citrus (especially grapefruit); low tropical notes like mango and pineapple; background raspberry. Malt aromas low and crackery over grainy. Fermentation character seems neutral; perhaps some low-moderate esters with berry/citrus contributions. No phenols. No DMS. No diacetyl. And though hop aromas are the most prominent, the level is disappointing when you think about how much went into it. (That being said, even as I wrote those words, A. is telling me how strongly she can smell “that hoppy thing” from my glass from across the room so…)

FLAVOR. The malt character is predominantly neutral; some light notes of cracker and moderate grainy/spicy from the rye. Caramel sweetness lies somewhere between threshold and background. Hop contributions largely follow aroma descriptors: moderate pine resin; orange zest; white grapefruit flesh; underripe mango; poorly peeled (but quite ripe) pineapple; none of the berry aromas come through as flavors though. Assertively bitter, and that seems slightly out-of-balance. Bitterness enhances dryness of finish which seems to do combat with the caramel malt’s contribution to overall body (vide infra). Aftertaste is sweet and grainy (rye!) followed by a lingering bitterness.

MOUTHFEEL. Medium body — and I’d like to believe that even if I didn’t know there was a nearly 16% caramel rye contribution, that I’d know the body was from caramel malts. Like it wants to finish drier than it does. Carbonation is medium-high. No detectable astringency (though maybe the assertiveness of the bitterness covers that up?) Moderate creaminess.

OVERALL IMPRESSION. Not bad considering the low effort to make it and just how much “winging it” happened here. It’s a decent, drinkable session IPA, if one that’s slightly out of balance. It’s over-hopped with respect to bitterness, and meanwhile doesn’t seem (to me) to pack quite the aroma/flavor punch that it should considering the oz.-per-gal. dry hop ratio.1 It’s in a weird place, category-wise — sort of adjacent to a bunch of styles without really settling into any of them.

But whatever, though it’s far from my best work, I’ll happily drink it all.

The all-grain BIAB recipe for Hoarder Intervention #1 is as follows: