At the confluence of my homebrewing and BJCP study group work, I found that I needed to deepen my knowledge of raw ingredients. Because hops are de rigueur pretty much all the time, I feel like I’ve gotten fairly well-acquainted with a number of varietals. And I spent most of my 2016 brew sessions experimenting with different yeast strains, so I was doing at least OK there. But try as I might, I haven’t been able to take malts and “make them stick”.

It seemed to me that there was only one way to really solve this problem.

To do what I always do when I want to know more about a subject: to go deep, and take notes. 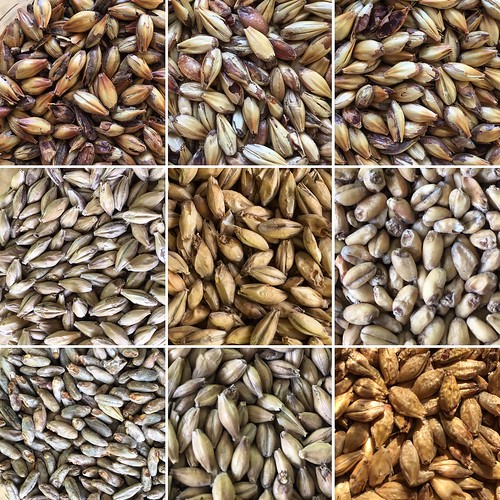 So I went down to my LHBS with a fistful of plastic baggies and started dropping in (approximate) one ounce scoops until each one had a sample that I could take home. Then I took them all home and chewed up a generous pinch of each. 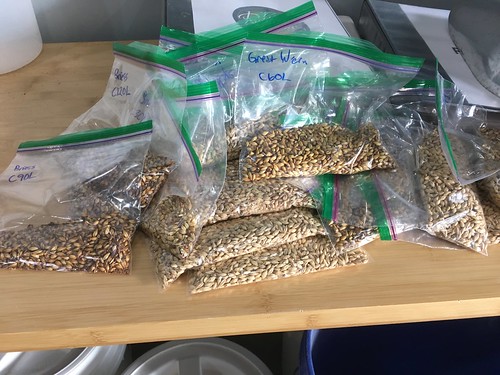 Here’s how they broke down for me. 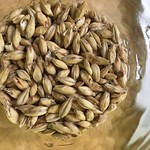 The base malt? Light color, high diastatic power. Prototypical “malt” aroma and flavor. Evocative of breakfast cereal and fresh bread. It has a mild sweetness. 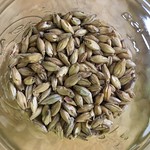 Very mildly nutty, but otherwise I perceived it as largely neutral. Very similar to the 2-row though somewhat more assertive. There was less of the “breakfast cereal” and more of the bread. Slightly less sweet. More robust. 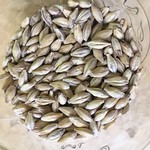 I found this one to be very similar to the Briess Pale Ale. It was less nutty than but more toasty — though just (!?) a mildly toasty flavor. Its sweetness is present but balances toward those more toasty flavors and aromas. 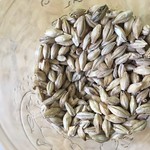 This malt has aromas that are toasty in a way that is similar to Vienna. But with stronger toasty flavors. They’re richer, more complex. The toast leans more toward (but not quite) reaching roast. Savory. Bready. Hearty. 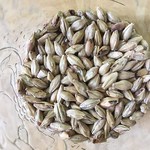 Predictably similar to the Munich, but (again: predictably) more intense. The toast gives way to more roast — but doesn’t give over to it completely. (More melanoidins?) Savory aspect more pronounced. Hearty. Like a darker, heartier bread. 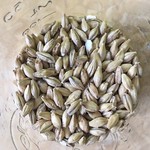 Overall aromas are low and remind me of all-purpose flour held inches away from the face. Flavors are mild and sweet — like a light-colored bread. There’s a rich, hearty backbone beneath the sweetness. 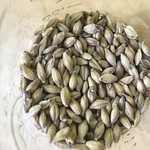 Before we even get to the taste and aroma, let’s just look at these grains and their small kernels. (!!!) Aromas are low. The grain itself seems soft. Nutty over biscuit over malty sweet. Hints of rustic grain. 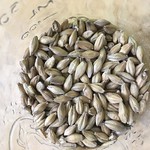 For some reason, I was surprised to find that Golden Promise was more aromatic than Maris Otter — sweeter smelling. Flavors evoked nutty and mild toffee. Sweet. Slightly bready. It’s rich, complex, and multi-layered. 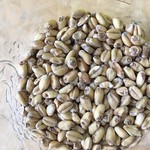 I found this malt’s aromas to be low, faintly grainy, and accompanied by a background sweetness. Flavors balance grainy and sweet characteristics. Very low nutty character. Everything else about it screams “bread”. 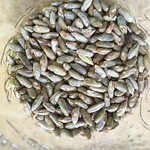 An assertive graininess comes through in the aroma. The flavor is distinctive. I get that spicy character, though more mildly than I’d expect from the raw rye all by its lonesome. Grainy. Bready. Rich. Palpable. Strong. (Which — don’t give me that — it can be strong and still be not as assertive as I thought it might be.) 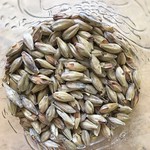 A malt with a distinctly sweet aroma. Its flavors are sweet as well. A light toast — but only a light one. It has a sweetness that evokes honey and/or fruit preserves. 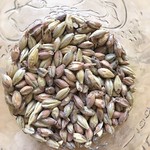 Bold. A pronounced flavor that flirts right with the border of aggressive. Its sweet components are complemented with an assertive and multi-layered character: nutty, biscuity, lightly toasted bread. 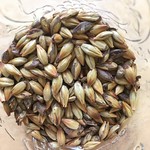 This is going to sound weird but… the aroma by itself reminded me of Playdough. The flavors are bold and intense. Dry and crackling. Think “campfire”. Think burnt marshmallow and dark toasted bread. It has an aftertaste evocative of coffee. 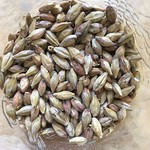 Aromas evoke jam and toast. Flavors are toasty and roasty. Savory. Flavorful. My palate says this will be useful, but only if used sparingly. 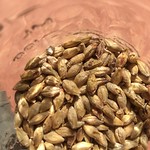 Aromas were notably low. Flavors at first seem dry and suggest cracker. But they develop into something rich; savory over sweet — lightly toasty. Interesting character malt. 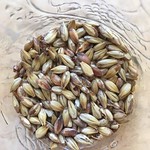 Aromas are lower than expected but noticeably sweet. Flavors are also pleasantly, mildly sweet. There is a softly grainy flavor at the back of the mouth. Caramel flavors are fairly low overall. 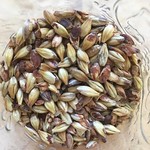 The aromas seem about the same as the C10L. On the tip of the tongue, there’s a stronger toasty character, like toast with a thin smear of jam. Sweetness presents mid-palate and again in the back of the mouth. Moderate caramel character that lingers a bit. 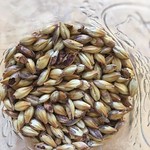 This malts aromas seem low, and on par with the Briess C30L — with maybe a slight ramp-up in intensity. Any sweetness on the palate also presents as dry. Caramel character is moderate, but definitely more pronounced than the C30L. An undercurrent of roast and toast runs throughout, but it’s (oddly?) not savory. Background notes are woody and earthy. 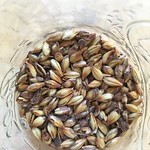 An aroma reminiscent of toasted marshmallow. This malt is decidedly sweet to start with, and has a mildly toasty character behind it. The caramel character in this malt is starting to feel rich and bold compared to the lower °L malts I’ve tried. 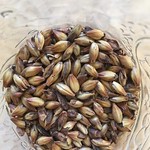 A fairly rich aroma. The flavors are intense. Rich. Strong caramel character. But like: burnt sugar. Dark toast as the backbone. Not harsh but… intense. Use with care, and definitely a light touch.

One Response to Twenty Malts