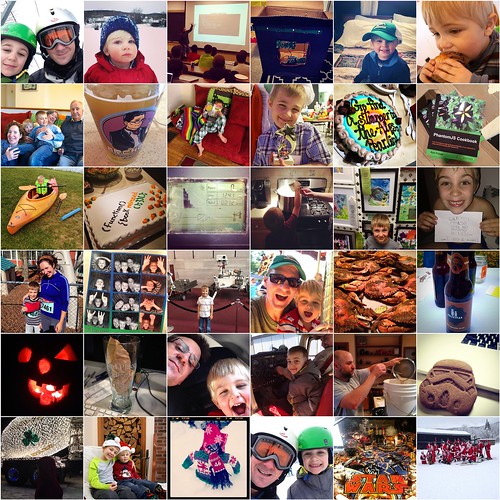 The past few years, I’ve done a “round-up” of that year by reflecting on the personal goals that I’d set for that romp around the sun. (See also: 2007, 2008, 2009, 2010, 2011, 2012, and 2013.) I eschewed the formal, goal-oriented approach this year because, frankly, there was just too much on my plate as it was. Who wants the added overhead of filling out goofy spreadsheets or crap like that?1 Nevertheless, it was an absolutely huge year.

What will 2015 hold? I started a new role at work at the beginning of December, so I’ll be enmeshed in figuring that out. I imagine I’ll be pitching more talks, and hopefully get one or two accepted. Write another book? And/or start in on more serious fiction writing again?4 More of the above: more skiing, more brewing, more exercise… And somewhere along the way, I hope to find a couple of new things to see or do or learn.

One Response to 2014 in review