The second homebrew was also my first solo homebrew. For Xmas, A. requested that I brew her a stout. After searching around a bit, we settled on this sweet stout kit from NorthernBrewer.com. That sweet stout became Dark Heart of Love: 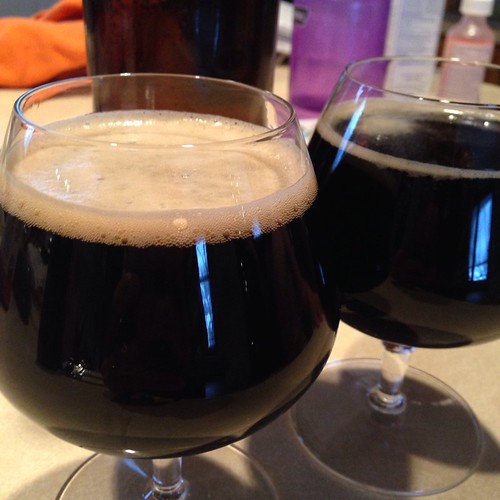 I followed along with the recipe (like you do…) and having decided to go with the dry yeast option, I rehydrated some Danstar Nottingham (as recommended) and, satisfied with our O.G. of 1.0541, pitched. 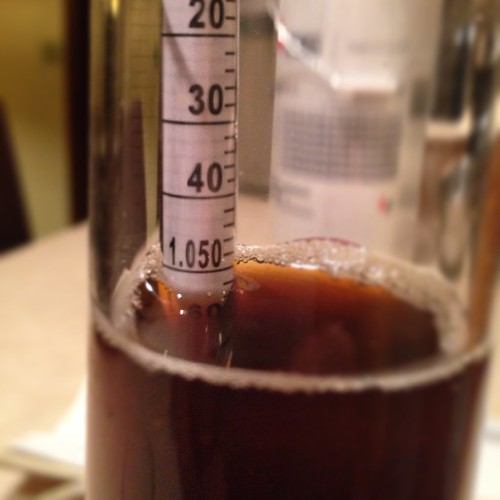 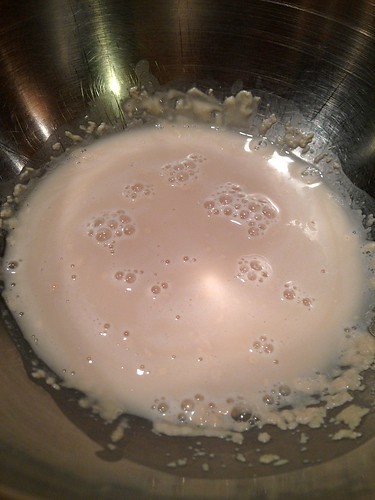 This first solo brew was also the first recipe that called for the beer to go into a carboy for secondary fermentation.2 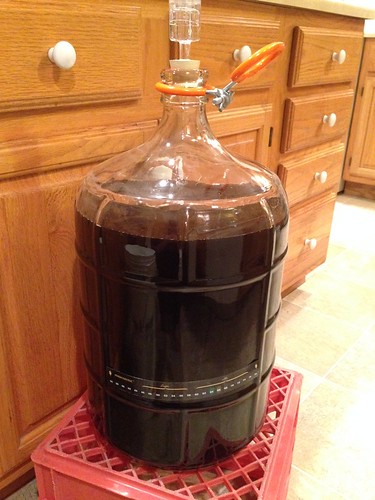 After two weeks in the carboy, we bottled, where it spent two more weeks bottle conditioning. Final gravity was 1.021; we figure that as about 4⅓% ABV. So… a sweet session stout?

Upon sampling that first bottle, there was some good news and bad news. The good news was that the mouthfeel and flavor were lovely; the bad news was that the beer hadn’t really carbonated at all. I suspect that what happened there was that the bottles were simply stored at too low of a temperature (in the basement, between 58-60°F). In an effort to salvage the beer, I moved those bottles to a warmer location in the house (66-68°F) and gently agitated them a couple of times over the next two weeks.

In the end, we didn’t have a great big frothy head, but we did get enough carbonation to say that we saved it. Thus…

Dark Heart of Love, a sweet stout by Tilde Gravitywerks