Homebrew #5 was my second solo brew as Tilde Gravitywerks. I brewed up a California Common and dubbed it Acorn Steam: 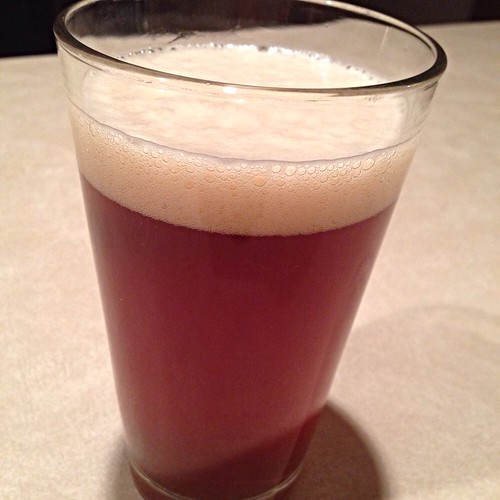 This was based on the California Common kit from NortherBrewer.com. One of the first things about brewing that I remember learning after I embarked on this journey was the difference between top-fermenting ale yeast strains and bottom-fermenting lager yeasts. When that settled in, one of the first goals I set for myself as a homebrewer was that I wanted to successfully brew a lager. And then I learned about California Commons and steam beers and these hybrid styles and thought to myself Why not hit that goal on a technicality?

Granted, the second lesson that I learned here was that, aside from some of the temperature concerns, brewing lagers appears to be more or less the same as ales. There’s some malts, some hops, and some yeast, and you’re on your way. 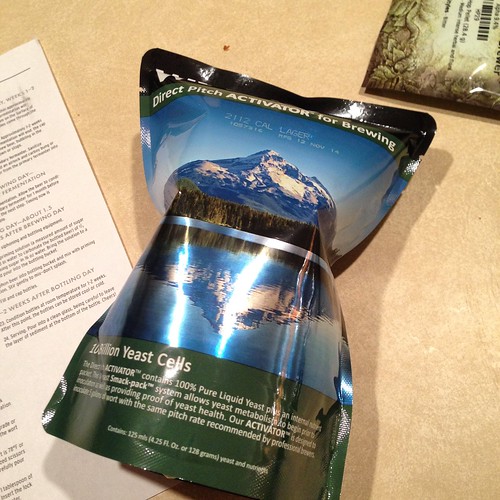 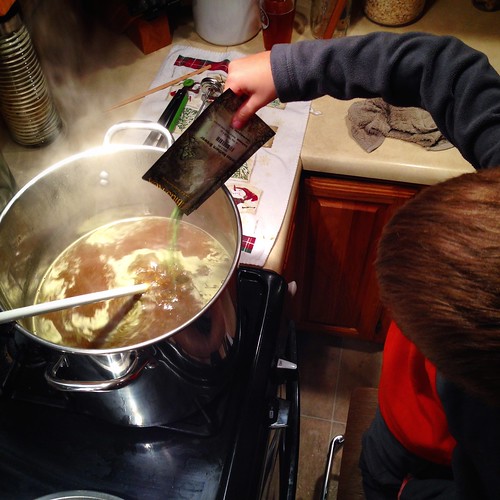 Again, if there was any real difference — and I’m not totally sure that there was — it was just a matter of keeping it in a slightly lower temperature range, and then that lagering process. Letting it sit, and patiently waiting. 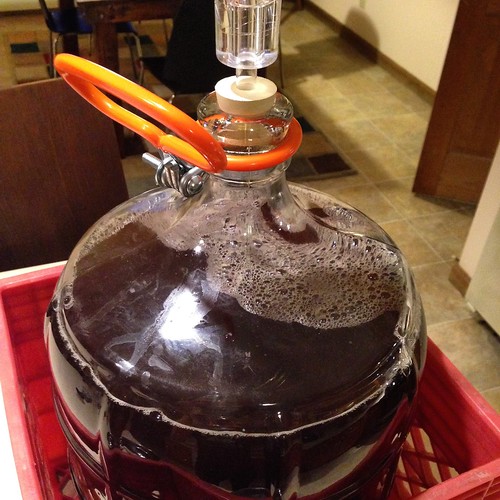 In the end, I wound with a serviceable, “good-not-great” California Common. It started with an original gravity of 1.042 (slightly off the target, unfortunately) and finished around 1.009, giving us an ABV around 4.24%. From a flavor perspective, it’s malty and mildly hoppy; medium-bodied, but a lovely color. If you’re going by BJCP guidelines, it probably isn’t hoppy enough though the “woody, rustic” flavor from the Northern Brewer hops does come through. Its malt profile is also in the BJCP ballpark, though not as “grainy” as something like Anchor Steam or Burlington Common.

All in all? It turned out OK!