This one started when my older boy realized that Boo Beer had been named after his younger brother and asked: “Dad when are you going to name a beer after me?” Thus: Vicious H-Bomb, a Belgian IPA:

The “H-Bomb” as a direct homage to him (that being his nickname and all; also evokes “hop bomb”). And the “Vicious” being an homage to the friend that came up with “H-Bomb” nickname in the first place.

But why stop with the name alone? I wanted this beer to have as many ties to my H. as possible.

Ah yes. There we go. Having settled on a (partial mash) formulation, I picked up my ingredients from 1st Republic, got my yeast started, and thought I’ve got a good feeling about this one… 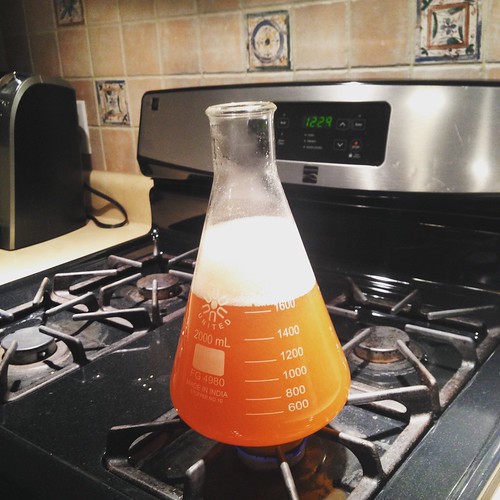 Brew day was straightforward enough. I got an early start (7:20am or so) and mashed in at 148.6°F, dropping in ½ tsp. of pH stabilizer. I did my usual towel wrap for insulation and let it mash for 90 minutes, wherein the temperature held pretty steady throughout. 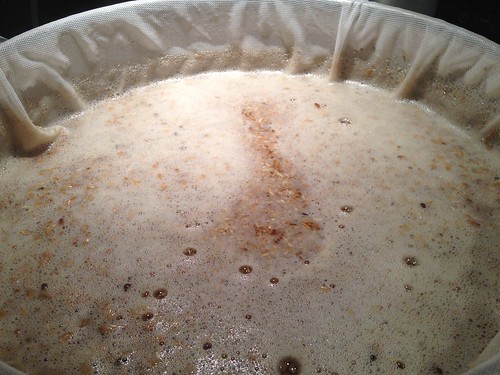 I did a mash-out and then took gravity readings. Refractometer gave me 16.2%Br (1.069 or so) before any extract additions; 24.8%Br (1.109) after adding the Pilsen Light LME. Comparing this to the BeerSmith notes, it looked like I was shy a few points still — but I opted not to boost further. Anyway: time to get that sucker BOILING! 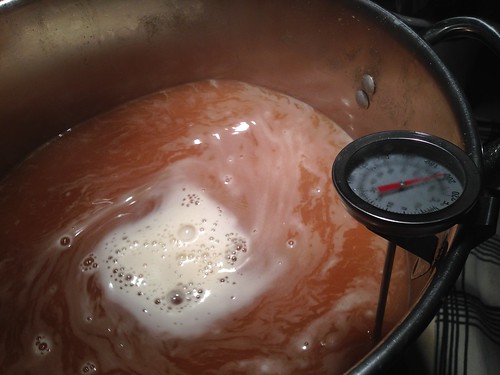 Followed my hop schedule. One pound of clear candi sugar. Added the 2½ tsp. yeast nutrient. Dropped in the 1 tsp. Irish Moss. De-escalated a fight between two boys that both wanted to add hops. 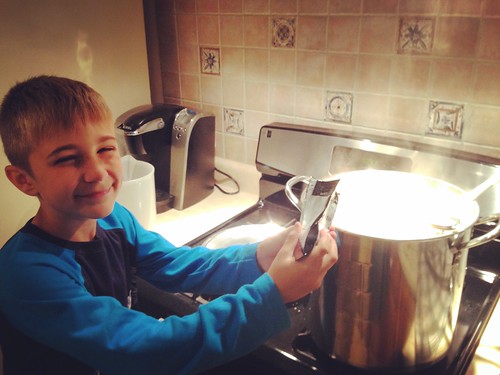 Get to the end of that boil. A 5 minute whirlpool stand for the last2 1 oz. of Sterling hops. Chill it; 7 minutes to 70°F. Refractometer says 31%Br (1.139!?). Two gallons cold into the carboy, followed by the wort, and a good vigorous shake. Draw that sample; refractometer gives 17.2%Br (1.073) and we top-off that final ¼ gallon. And then a full hydrometer sample… 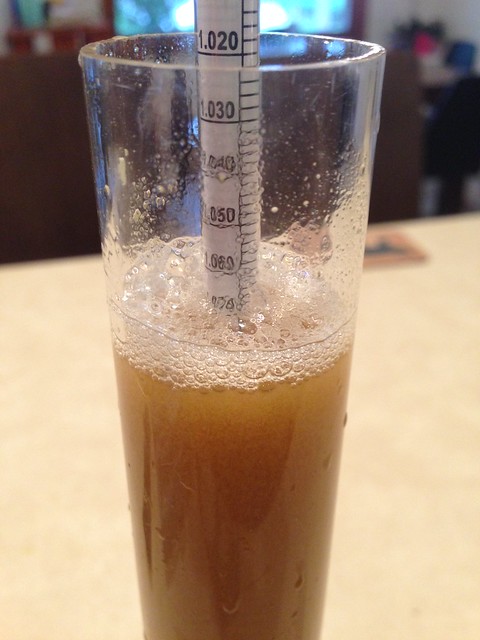 Give it another good shake to aerate, and pitch about 246 billion cells of Wyeast 1214.

By +19 hours, this was already one of the most vigorous fermentations I’d ever seen. By +33 the airlock bubbles were off my usual charts. And I mean, I know and I keep saying that airlock activity isn’t a direct read on how things are really going in there. But damn. 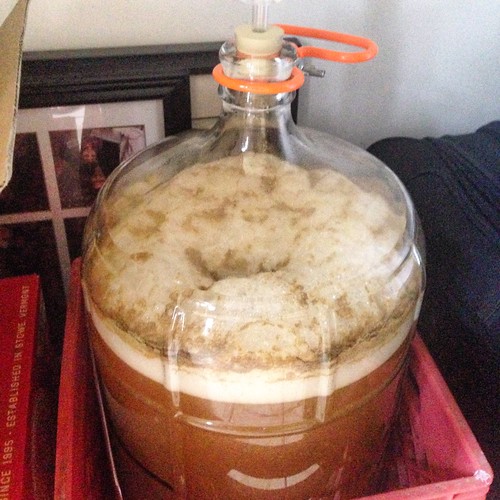 I think things were going pretty good. But it’s also around this point that I start to get the itch to dry-hop this beer. And after asking around a bit, I got the sense that these were good instincts. So… 2 oz. more of Sterling went in. 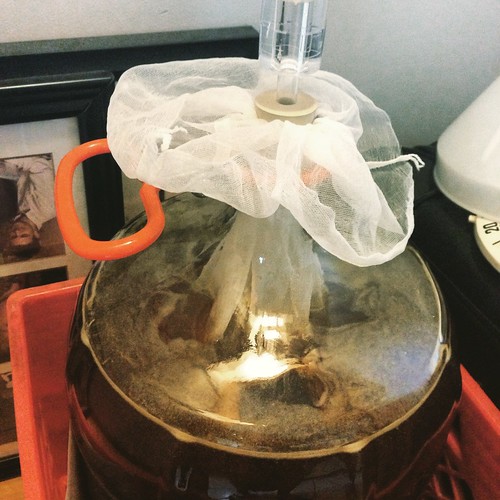 Dry-hopped for about three days. Then cold crashed for 24 hours. Then bottling.

Finishing gravity reading from the hydrometer gave 1.012 — thus looking at 8.1% ABV.3 Primed with plain ol’ boring corn sugar. Siphoned and packaged about 4 gallons of this beer. 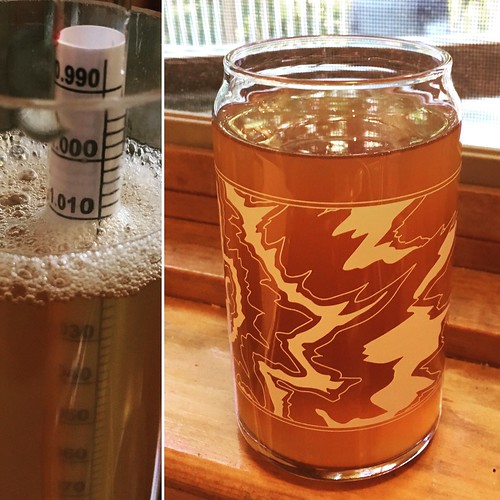 Two weeks to condition and then… whoa.

The bottles open with a satisfying pop. There’s a nice fluffy head that has good retention. Aroma goes to peppery and spicy notes; the Sterling doubles down on those spicy notes and brings something herbal as well. The palate is bone dry; more spicy/peppery esters and phenolics that just make it serenade the tongue. Lively carbonation. A strong-willed beer. A winner.

The partial mash recipe for Vicious H-Bomb is as follows.