I experienced something of a miraculous windfall. A kind of homebrewer’s waking dream. My friend Donnie texted me one day and basically said: I have a garbage bag full of Cascade hops. Do you want them? And the rhizomes? We’re done with these. 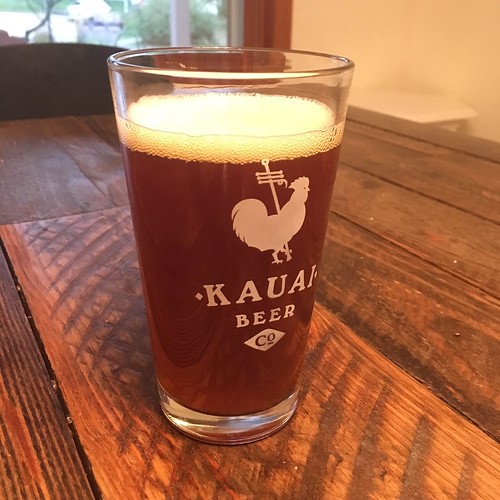 So first things first, this beer wasn’t in my original 2016 plan. 2016 was all about experimenting with different yeast strains and trying my hand at a few different styles but… how can you say no to several pounds of the freshest hops? 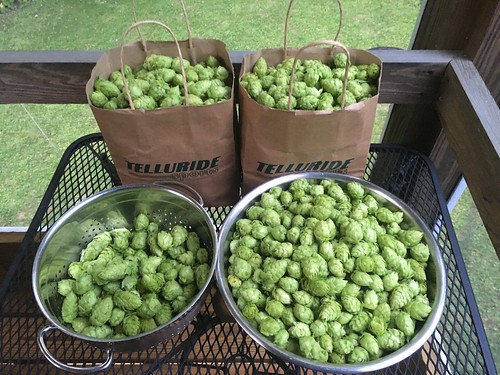 Four pounds and 10.6 ounces (once the bines were picked clean), to be precise.

And at this point, I had a decision to make. Do I make a wet hop beer? Or try my hand at drying them? Partly due to timing (I received the hops on a Sunday) and partly due to taste (I can’t recall a wet hop beer that I liked1), I decided to set them up on some unused window screens in the basement and run the dehumidifier at full blast. (That would practically simulate a dehydrator, right?) 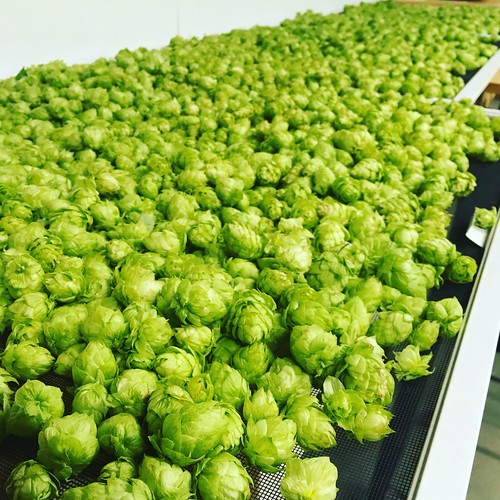 In any case, that bought me enough time to get together a hasty recipe for a red IPA and identify a clean yeast strain that I hadn’t worked with yet.2 Fast-forward one week: the hops are dried3 and portioned out, and I’m ready to brew.

Brew day itself is… Not particularly noteworthy. I mashed in at 147.9°F and tried to hold that for 90 minutes.4 I got the wort to boiling and did my six hop additions. Chilled it. Took my gravity readings. Shook it to aerate. Pitched and… into my (new-to-me) fermentation chamber. 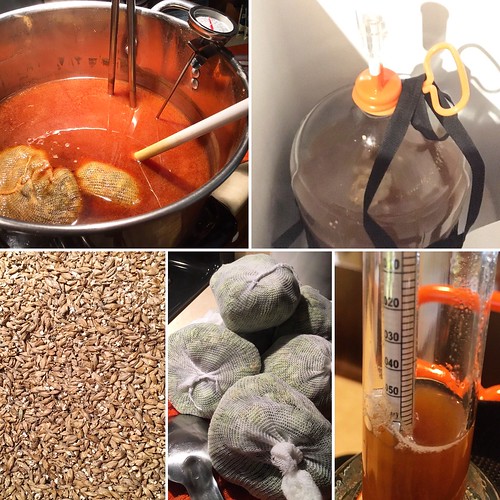 Brief Aside About Calibrating Equipment

Now, I’m still making a study of mashing. And I’ve got plenty of learning to do there. But I’m getting the hang of it, and tweaking my process as I learn new things. But as far as yeast and fermentation goes, that’s what I’ve made the most study of over the past two or so years. And one thing that I’d learned was that these billions of hard-working little cells are actually kind of sensitive to their working conditions. And having seen those hard-working cells work themselves up into a frenzy and raise the wort temperature 10°F above the ambient temperature… I was glad to finally have a chest freezer to use as a fermentation chamber.

But this was also why I was so confused when, after almost two weeks, and a healthy dose of yeast energizer, and even raising the temperature for the tail end there… that the gravity was pinned to 1.021. And while this wasn’t horrible (BeerSmith estimated an F.G. of 1.018) it still seemed to be… it was over 1.020. And that seemed wrong.

So I (finally!) took some advice that had been given to me a couple of times before: Calibrate the damn hydrometer. A few ounces of distilled water at 60°F later and… my hydrometer is off by +4 S.G.

Ignoring how that throws almost a year’s worth of gravity readings into question, it does give me some relief in the moment. It means that this beer’s final gravity is 1.017 and not 1.021.

Finishing Up the Beer

My gravity-related anxiety now behind me, I could finish up the beer. The first order of business? Dry-hopping it with 3½ oz. of whole cone Cascade. 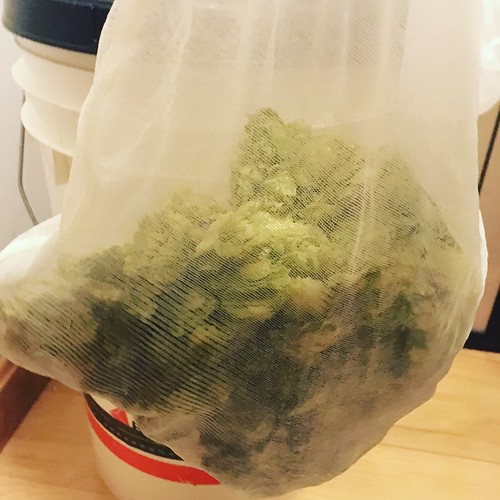 Three days of that and then 24 hours of cold crashing. And then, because both kegs were tied up, and because I intended to gift a few of them to my friend, I bottled them up. 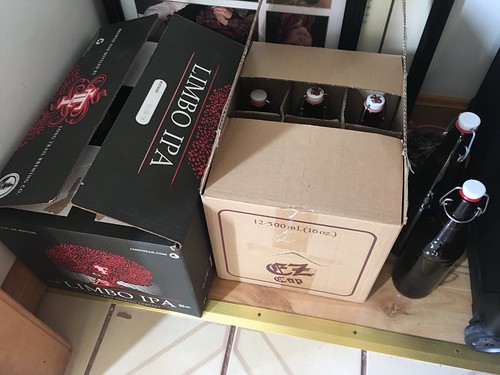 I took some of the left-over beer from the bottling session, and used it to christen the recently planted hop rhizomes.

Fast-forward another two weeks and… we’ve got a drinkable red IPA! By the numbers, Birdwatcher has 5.8% ABV and about 52 IBUs. It’s a 14 on the SRM scale — “copper”, if you will. It has a lively mouthfeel and is decently clear considering the dry-hopping and bottle conditioning. The nose has the faintest bit of pine but otherwise reads like citrus blossoms. The palate has a bit of malty sweetness from the crystal but otherwise it’s grassy and floral. I was afraid that it would get some vegetal notes (having done an amateurish job of harvesting and drying the cones) but those are mercifully subdued, when they show up at all. Overall? Perhaps not my best work, but pretty good considering my haste, and I’m hopeful that those rhizomes will give me a serviceable crop in 2017.

The partial mash recipe for Birdwatcher is as follows.