I was coming up on the second anniversary of my first homebrew; my twenty-fourth overall, and my twenty-first as Tilde Gravitywerks. I got the idea that since it was a red ale that started it all, and since I’ve been working on a red ale as my signature beer, that such a beer was what I should brew to commemorate the milestone. Thus, the fourth version of Honestatis: 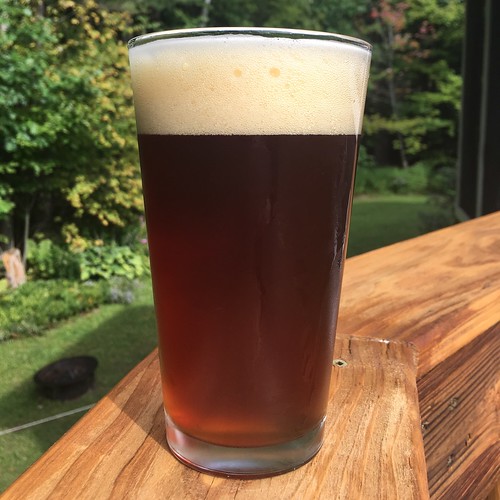 I’d first brewed Honestatis back in April of 2015. I’d intended it to be a “normal strength” amber ale, something in the 5-6% range, with some rye and hints of smoke. That formulation resulted in something stronger than expected (my “Accidentally Extra Amber Ale”) and the flavors had also turned out well considering it was only my second original recipe. I tweaked it and brewed it again in July to enter into a competition; and while I didn’t win, I created something of a small cult following that night. Then I brewed it again in November, thinking that I would turn the volume down on the gravity and make the beer I’d originally planned; and while it was still good, it turns out that I like it better as a 7% beer.

So I made some choices:

So brew day came. I got my ingredients together. I did my boiling and hop additions and chilling and pitching and all of that. You know. Brew day. 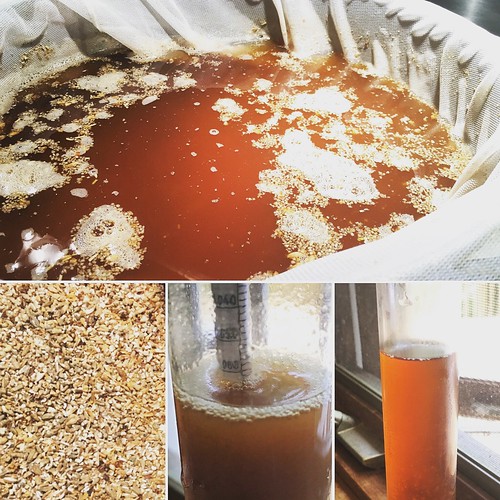 Original gravity came out as 1.067. Not too far off. Certainly not like that one time (or that other time…)

Fermentation got started fairly quickly, and while it never did get a big foamy cap of krausen, there was plenty to see, and plenty of airlock activity. 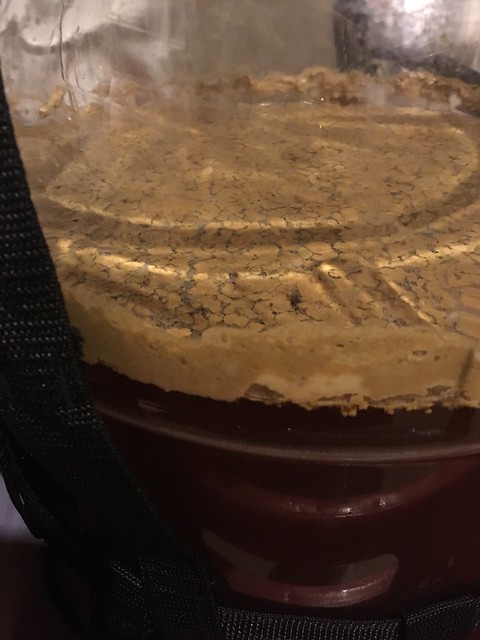 An exciting first for this fermentation was that I’d recently picked up a wine thief and I could more easily take gravity readings throughout the process. So after a week or so, when the airlock activity was dying down, I started grabbing samples and dropping in the (sanitized!) hydrometer… 1.018. 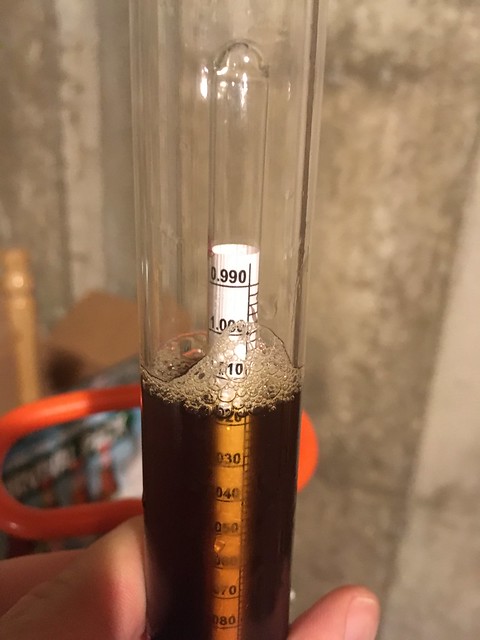 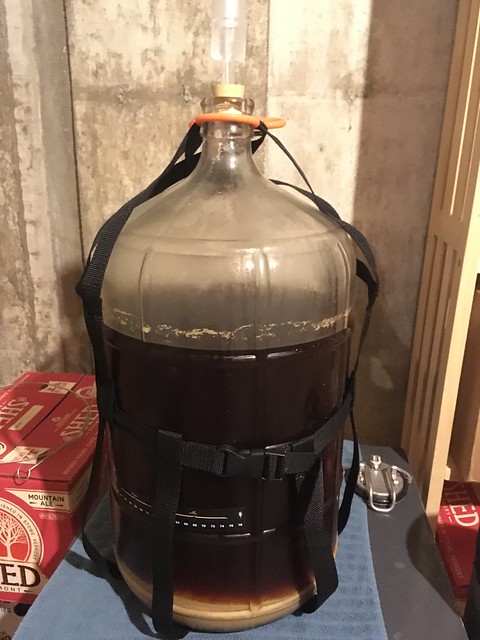 Cold-crashed it for twenty-four hours, moved it, let it settle (about 10 hours), and then racked it to a sanitized keg. Interestingly when I took an “official” final gravity reading, it had indeed come down one. more. point! The F.G. would go on the books as 1.015 with an apparent attenuation of 76.5% and an ABV at 6.9%. Not too shabby.

Anyway… Fast-forward a couple weeks. If you’ve been following along, you’d remember that I recently “switched” from bottling to kegging, having picked up a pair of kegs and a kegerator from a friend, and that I was busy making all the mistakes… (But that’s a blog post for another day!) Since I was busy making all the mistakes, it should come as no surprise that there were a few hiccups along the way trying to get everything carbonated at the right level and pouring without massive amounts of foam. It took some clumsy fiddling, and a couple of false starts (again: a blog post for another day), but I did eventually get there. 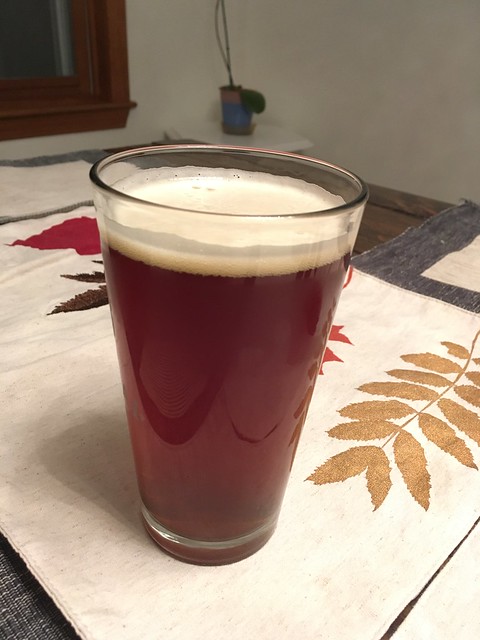 Impressions? It’s very close to perfect — wherein by perfect I mean the flavors I had imagined when I first started work on this formulation. The aroma leads with decent hop notes from the late-addition Willamette — earthy and a little floral and a little fruity; if you inhale deeply enough, you’ll get some sweet malt notes as well, but they don’t dominate. Overall the palate is great. Luxurious smoky notes and the right amount of assertive bite from the rye. It’s a little sweeter than I’d like though, and I’m wondering if it was under-attenuated or I used too much caramel/crystal malts. I’m skeptical about both of those explanations; 1.0151 was in the range predicted by BeerSmith2, and my caramel/crystal malts only made up about 8% of the grain bill. Perhaps this is the fault of the Munich LME? Good mouthfeel though, and the head retention is better than I expected (considering that I dropped the flaked barley).

All that critique might seem to undermine my “close to perfect” remark, but remember: this is the beer I was born to drink and given that it’s my fourth time brewing it, I’ve set a pretty high bar. So if I sound like I’m being critical, I am — but it’s because I want to turn this into a five-star beer. And I’m getting close.

The partial mash recipe for Honestatis (Mk. IV) is as follows.