My eleventh homebrew is a slight variation on my ninth. In that vein Honestatis (Mk. II) is the first recipe I liked enough to make a second time: 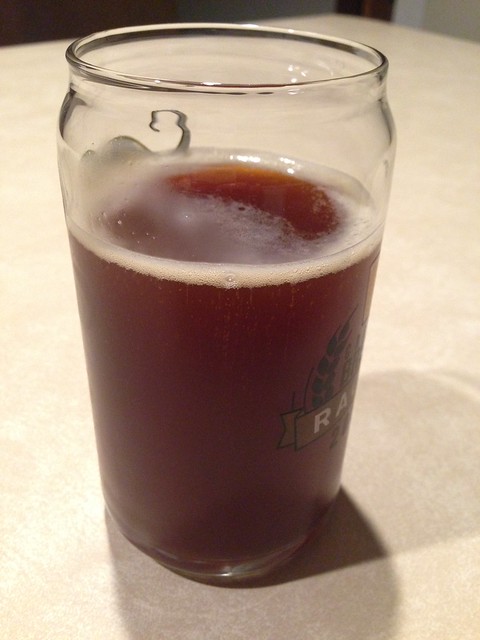 Right out of the gate here, full disclosure: I brewed this beer for the Home Brew Night Summer Brews event at ArtsRiot in Burlington. I felt so good about my first batch of Honestatis, that when my friend Becca mentioned the competition, I knew exactly what I wanted to enter.

(Plus or minus a couple of little tweaks to dial in certain flavors, of course.)

Thus, the first order of business was to make those modifications and get my ingredients together. The main goals here:

Other adjustments would be in support of those objectives.2

Brew day fell on July 4th, and the story of the boil is much the same as others. I got my little helper and we steeped and boiled and stirred and added hops and cooled and pitched a double dose of US-05. 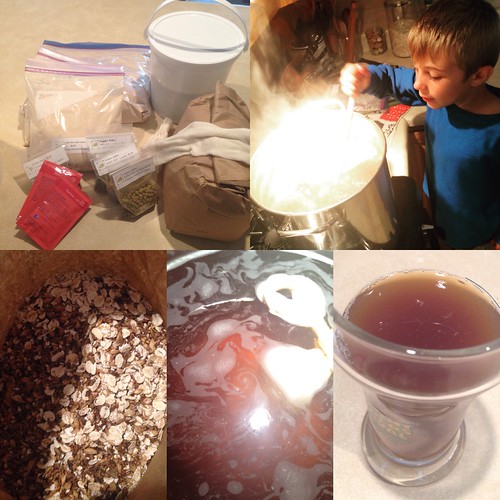 And that double dose was fortuitous because my starting gravity turned out to be 1.076, rather than the planned 1.067.3 Regardless, fermentation went well and seemed to follow a pretty similar curve as the previous batch.4

Despite some healthy and vigorous bubbling though, attenuation wasn’t quite on par with the previous batch — 71.6% (Mk. II) vs. 79.1% (Mk. I). Both are within the range that I commonly see reported, but it’s on the lower end of what I’ve previously observed. (Granted, it’s also the highest O.G. that I’ve produced…) Nevertheless, the final gravity reading was 1.021, giving an ABV of 7.4%.5

A little corn sugar and about two weeks (and some mild agitation) later and I had 49 × 12 oz. bottles ready for the competition. 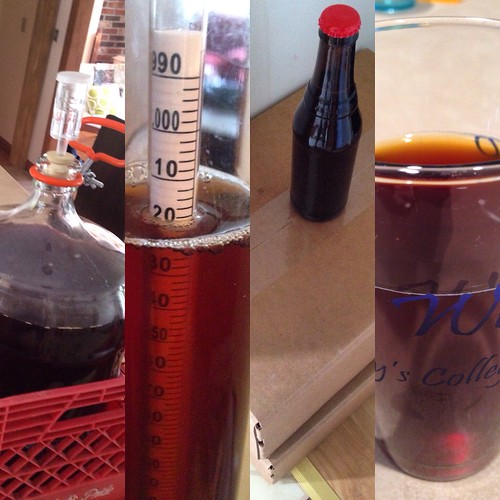 Oh… And I kept one for myself. For quality control. To make sure that what I was bringing to the competition was suitably carbonated and delicious.

Night of the Competition 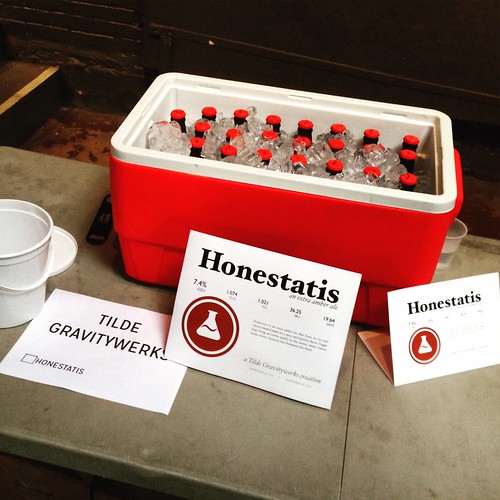 August 13th came and I made all my last-minute preparations. I got my bags of ice for the cooler. I printed and assembled my signage. I found a bucket or two that I could use for spitters and yeast dregs. I went down to ArtsRiot (a little later than planned) with my two cases worth of Honestatis and set up my station.

The first part of the night was all about the brewers. We got to mingle, sample each others’ creations6, and do our own early round voting for the Brewers’ Choice award. This was followed by a half-hour discussion with Dan Sartwell (Brewmaster for 14th Star7) about the role of malts in brewing and how to best use them for flavor, color, and body. This part of the night was also the highlight for me, partly because it was a little more laid-back, and partly because of Dan. I’ll be up-front about this: I was very flattered that he spent what must have been about four or five minutes at my station drinking and chatting about Honestatis. He kept sniffing and sipping, trying to pin down the source of the esters, asking me about fermentation temps and how I’d treated my rye and cherry-smoked malts, asking me how long I’d been playing the homebrew game. This alone would have been enough — but then he asked me to pour him just a little bit more, and that there was my favorite moment.

At 7:30, the doors opened to the public and it was pretty much a packed hour right from the start. I got a fair amount of traffic, pouring 32 bottles. Quite a few people came back two, three, even four times. At least three people asked me where they could buy it or how they could otherwise get a hold of it8 and that it was the kind of thing that they would order if it was on draught somewhere. Some of them were even courteous enough to check-in on Untappd:

4 beers stood out to me in that comp and yours was one of em.

Had this at Arts Riot last night, it won my vote for the best beer there. I wish I could’ve brought it all home

At the end of the night, I felt pretty good. Though I didn’t win, I felt like I’d developed a cult following. The event’s organizer brought it up11 that I’d placed highly in the running, though not quite enough to put me over into the top three. Just the same, I would do this again in a heartbeat, and it was a great validation of the beer. As I told a couple of people Thursday night:

This was the beer I was born to drink, so I’m glad I figured out how to make it.

The extract recipe for Honestatis is as follows (and feel free to compare with the original recipe).