A style that wasn’t really on my radar until I started studying for the BJCP exam was the (4B) Festbier. I cannot imagine that I’d never had one before, but I also must believe that I’d always either conflated it somehow with either a Märzen or a Helles (Bock?)1 when trying to place it on the spectrum. Once I’d made a concerted effort to study the styles though, you might say that I fell in love with it. I had to brew one.

So when word came along that the Green Mountain Mashers were going to hold a little OktoBEERfest as a dedication party/ceremony for the Greg Noonan Memorial Library, I knew that I needed to bring a Festbier to share. And so I put together a little formulation for what would become Tilde Festbier:

I started working on the recipe for this one well in advance of the decision to actually brew it. We studied the Category 4 beers in October 2017, and my notes show that I started putting together my own take on the style in February. I referred to the BJCP style guide, and to articles by Carr and Weikert, as well as Strong’s recipe in Modern Homebrew Recipes. By early July, I was down to fine-tuning, and by the end of the month, I was ready to brew.

We start the Festbier brew day with a fine crush, turning this into that: 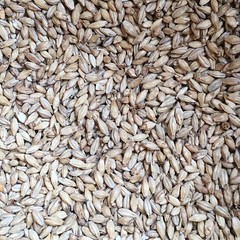 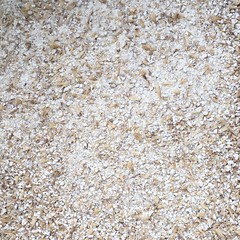 After pulling the bag and doing my usual squeeze, I found that I had just shy of 7 gallons in the kettle, with a refractometer reading of 12°Bx (1.046).2 This would give me a 79.3% mash efficiency. 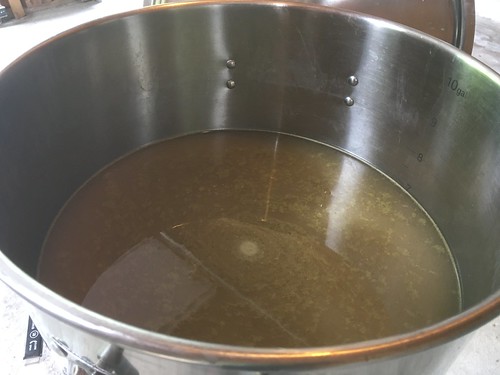 I got my first wort hops into the kettle and got the flame going. After about 15 minutes, things were boiling.

I didn’t take any notes during the boil because… what would have been the point? I got the burner locked in and basically walked away; there weren’t any hop additions to fuss with, the immersion chiller could go in at any point before the 15 minute mark, and adding yeast nutrient was so routine as to be automatic.

Things turned out fine, even if the gravity was a little high. 1.060 after accounting for the temperature calibration and instrument offset. 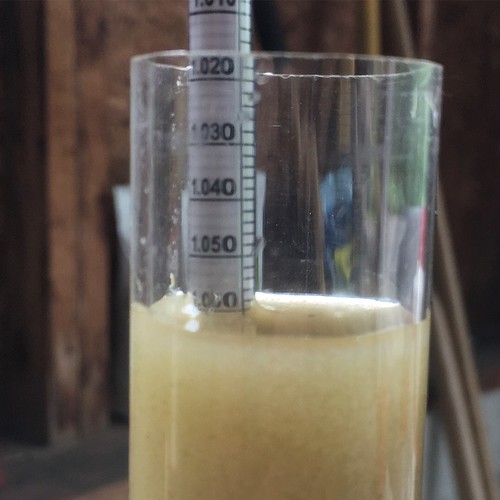 I had a nice golden-colored wort, 5.5 gallons of which went into the fermentor.

On the brew day, I got the fermentor into my chest freezer to finish chilling it down to fermentation temperatures. This only took about 2 (maybe 2.5?) hours. I pitched my starter of 2308 and went back to recalculate what the “50% of final gravity” number would look like.

At +17 hours post-pitch, there was definite bubbling in the blow-off bucket.

+111 hours is the test of my patience. Why is it still so turbid? Why does it taste like this?

+136 hours is when faith is restored. It’s still got some cloudy shit, but I haven’t cold-crashed yet. But the “Festbier flavor” is starting to emerge now, so that’s good, right?

I held it at 66±1°F for a few days and then started crashing it; -5°F every 12 hours until we got into the mid- to low-30s °F. Somewhere in here I took a hydrometer reading to cross-validate what I’d gotten off the refractometer and confirmed that my F.G. was 1.009.

After 24 hours at 40°F, I hit it with gelatin. A couple days after that, I removed the fermentor from the chest freezer, let it settle over 12+ hours, and then ran off the beer into a keg purged with CO₂. I put it on gas at 12.5 PSI at 40°F and walked away for a couple weeks.3

When the lagering period was up (timed “just so” for the Noonan Library dedication), I BeerGunned a couple bottles to take there, and a few more for competition, and then decided it was time to tuck into this keg of beer.

It was worth the wait. I’m pleased. 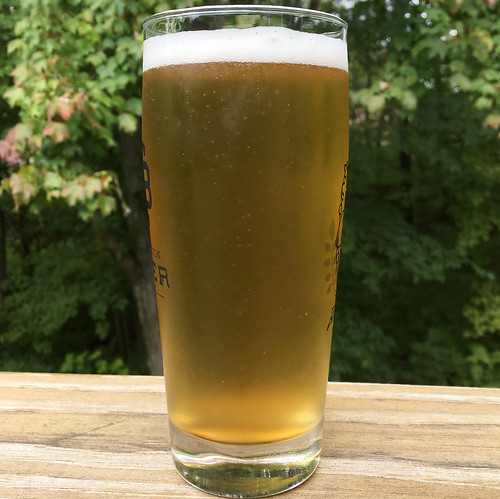 FLAVOR. Leads with what I think of as a “golden” malt presence; medium-high toast elements with softer notes like spongy white bread. Hop character asserts as a moderately low spicy note that is most pronounced mid-palate. Retronasal character is mostly hops, which are low spicy and background floral. Moderate bitterness. Balance is toward malt, with a semi-dry finish but no perceptible residual sweetness — the overall impression is still malty though. The aftertaste was a little thin, which detracted from overall richness, but didn’t interfere with the [coughs] drinkability.

OVERALL IMPRESSION. Good (perhaps very good) example of style. Easy to drink and pleasant aromas and flavors. Well-balanced overall, though lacking some richness and complexity, particularly with respect to the malt character. Fermentation seems to have been well-managed though, and the beer benefits from that.

I would love to get some additional opinions on this, because I’m not sure where to take it from here. I’m enjoying the hell out of it, and while I think it has a good balance, I suspect that the intensity and complexity of certain flavors (especially in the malt aspects) could be improved. Do I need different ingredients here? To manage the hot side better? Has there been some oxidation-related dulling?4 Though the original gravity came in a little high, this doesn’t seem to have hurt the finished product with respect to the “barely noticeable as warming” alcohol strength.

A tough one for me to assess! On the one hand I feel like it’s “not quite there” but on the other hand, I’ve loved every glass I’ve consumed. A second opinion or three would help me decide where to take it.5 In the meantime: Prost! 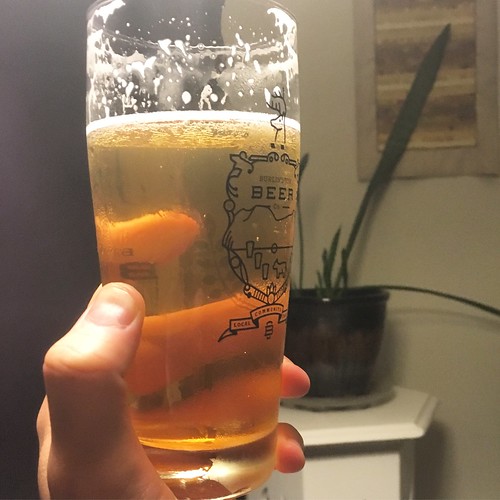 The all-grain (BIAB) recipe for Tilde Festbier is as follows: