This year, I thought that a good ol’ fashioned Irish Red Ale in time for St. Patrick’s Day seemed like just the thing to have on draft. Reading through the style guide, I thought that a dry and slightly grainy interpretation of the style would suit me. That’s what brings us to Creighton’s Quip:1

I’d been kicking around an Irish Red Ale recipe for a couple of years now. My oldest notes go back to December 2016, but sometime around December 2018 I basically declared bankruptcy on that recipe and started over. The gist would be to use Golden Promise as the base malt, then about 2.5% roasted barley for flavor and a little color â€” then sprinkle just a touch of black patent (two kernels shy of an ounce) to adjust. EKG to about 20 IBU. Irish Ale Yeast. Then it was just a matter of reverse engineering the brew schedule to have it ready in time for the holiday.

Gear was staged and water collected the night before. Got the flame going in the morning while I milled the grains. Mashed in at 152.1ÂºF and held it as steady as I could for 75 minutes. 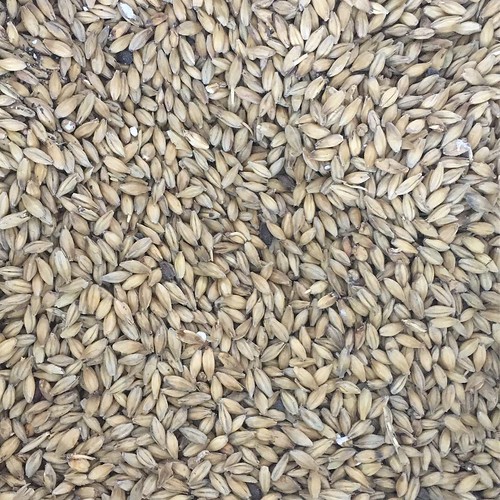 After pulling and squeezing the bag, I had 6.4 gallons of 1.037 wort. It seemed significantly darker than I expected, but nothing worth losing sleep over. 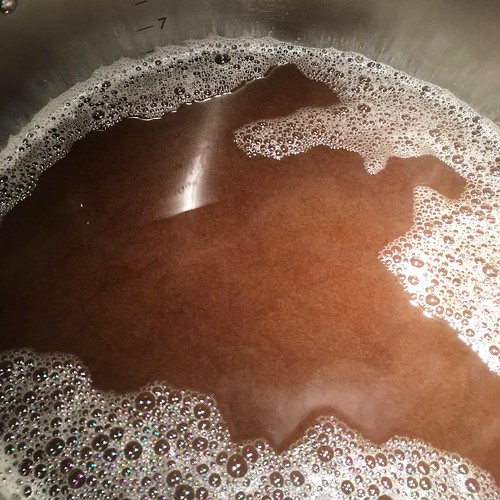 Boiled for 60 minutes; chilled for about 20 and got the wort down to 74ÂºF. I ran off 5 gallons of 1.045 wort into the carboy and brought it down to the basement2 to finish chilling to pitching temperatures. 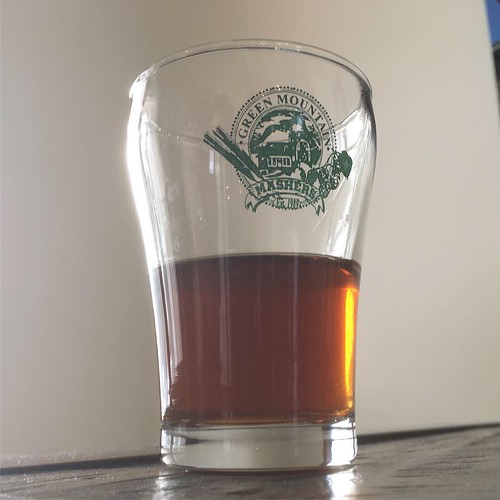 After another couple hours in the fermentation chamber, the wort was down to pitching temperatures of around 68ÂºF. I had approximately 150 ml of WLP004 Irish Ale slurry from the starter and pitched that. There was evidence of active fermentation just 13 hours later.

By +49 hours, activity had slowed rather significantly in the airlock. With a wort of this gravity, and a healthy yeast pitch, it wasn’t unreasonable to think that the majority of the sugars were consumed. That said, the basement’s ambient temperatures were holding steady in the low 60s ÂºF; the sensible thing to do seemed to be to bring the carboy upstairs to warm it up and encourage complete attenuation and the re-metabolizing of some off-flavor precursors. (So that’s what I did.)

A little over a week after bringing the carboy upstairs, I took it back down to the basement to cool and settle. After another week, I siphoned it into a keg and started to force carbonate it.

Given that I was going for a drier and grainier interpretation of the style, I think it turned out well, if a little hazy. 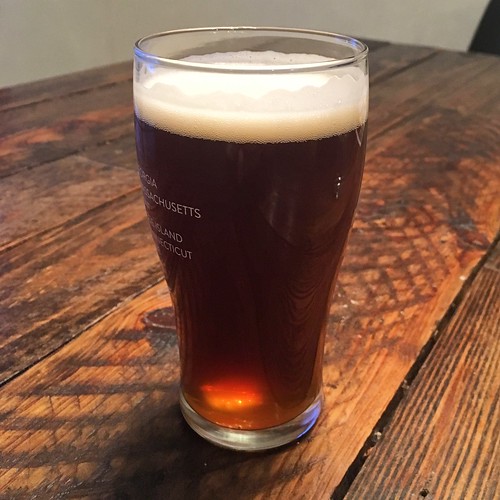 OVERALL IMPRESSION. Works well as a drier, grainier interpretation of the style, and would likely score it in the Good to Very Good range. Seems to lack some of the style’s characteristic smoothness â€” which is not to say that it’s not “an easy-drinking pint”. Could possibility to improve the smoothness might be to lower the hopping rate slightly or else back off on the roasted barley. Consider fining for better clarity. Fermentation otherwise seems well-managed, and malt provides a good foundation. Some small tweaks could make this into an excellent beer.

The all-grain (BIAB) recipe for Creighton’s Quip is as follows:

Starting with the Champlain Water District profile as a base; carbon filter and adjust to the Amber Balanced profile: