Rolling out of Creighton’s Quip, it seemed a waste to just toss a perfectly good, healthy, and large yeast cake. What better to do with it than re-pitch onto an Irish Extra Stout — one that I’ll call “International House of Beverage”1 or I.H.O.B. for short:

To be honest — this wasn’t a beer that I originally had in my 2019 brew schedule. In fact, the only stout that I’d given any serious thought to brewing this year was a Tropical Stout to see if I could perfect the base beer underlying Doors Off! But having talked myself into brewing an Irish Red Ale, and having that fairly large and fairly healthy yeast slurry… it felt irresponsible to not re-pitch. So I shelved that Tropical Stout with the idea that I could brew an at-least-serviceable Irish Extra Stout. Something Ã  la Sheaf Stout, if not exactly a Sheaf Stout clone.2

I assembled a recipe with about 80% Maris Otter, 6% chocolate malt, 4% each caramel 40L, caramel 90L, and roasted barley, and then about 1% black malt to paint it black. It would get EKG to bitter to about 42 IBUs.

I’ll be merciful and spare the boring gritty details of this uneventful brew day. I collected water and milled grain. 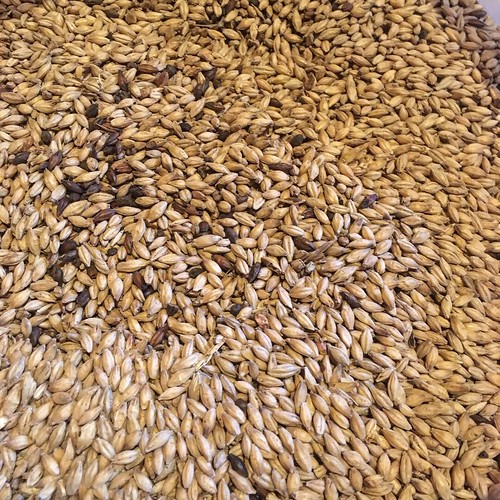 I mashed in and let the enzymes make wort. Then I boiled and hopped and chilled. 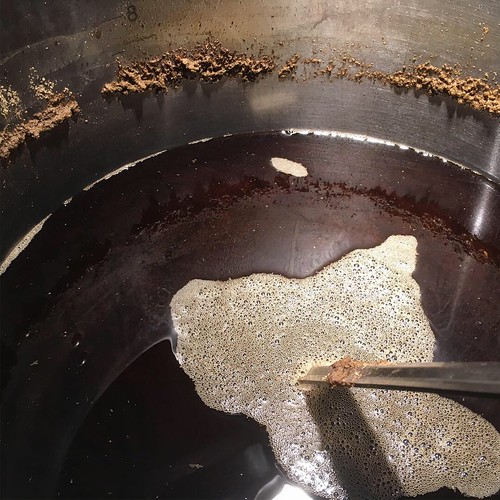 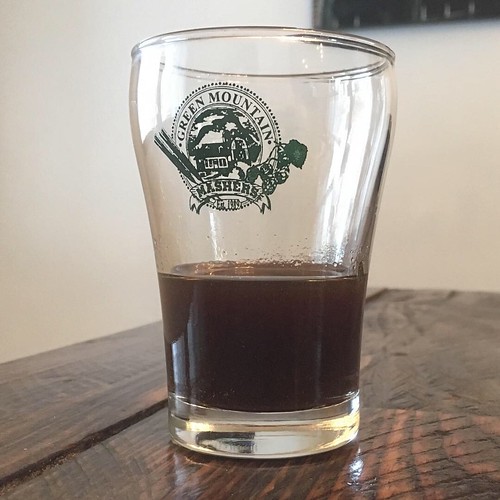 I pitched approximately 200 ml of slurry from Creighton’s Quip after the wort reached less than 65ÂºF. I locked in the controller at 66Â±2ÂºF and let things roll. Bubbles were happening in the blow-off bucket within hours, and the beer was flirting with F.G. after five days.

I ramped it up for a diacetyl rest and then cold crashed it.

Then it went into the keg. Final gravity 1.017. Gently force carbonated over about a week.

It’s a great beer given how little effort I put into planning it. But if I’m not being too immodest here… I think it’s a very good interpretation by almost any standard. 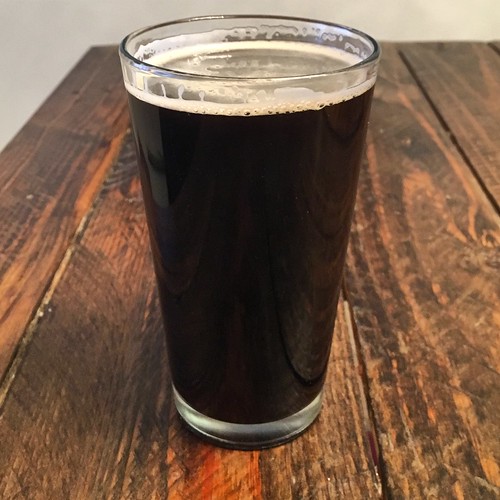 AROMA. It leads with a medium-light impression of roasted grain followed by medium coffee and moderate bakerâ€™s chocolate. Low herbal and woody hop notes. A light ester like red currant and ripe apple skins — but these are mostly in the background. No other significant fermentation character — no significant diacetyl, no detectable DMS.

FLAVOR. Mostly follows aroma. Medium-light roasted grain notes lead. Mid-palate follows with medium coffee and moderate cocoa, combining into a distinct mocha impression. Toasted bread presents in the finish. Low herbal hop aspects with some floral elements retronasally. Little fermentation character — no significant esters, and no detectable diacetyl nor DMS. Malty balance with a firm bitterness lasting into the finish. Roasted grain in the aftertaste. Some apple skin character as it warms up.

MOUTHFEEL. Medium to medium-full body; could stand a little more weight. Medium carbonation. Moderate creaminess. Mild alcohol warming. Some mild astringency, but probably just from the roasted grains and not out-of-bounds for style.

OVERALL IMPRESSION. I’m tempted to call it a Very Good or even Excellent example of the style. Looking over my own notes and comparing them to the style guidelines, it’s difficult to come up with a major critique — most of what I have to say is squarely in the nit-picky rubric. In other words, I wouldn’t assert that this is a perfect to-style beer, but I’m also having a hard time ascertaining just where it falls down. A little more body would be nice. Otherwise everything else seems appropriately in balance to me. I really (really) like how this turned out. Let’s get this in front of some judges, shall we?

The all-grain (BIAB) recipe for I.H.O.B. is as follows:

Starting with the Champlain Water District profile as a base; carbon filter and adjust to the Black Full profile: