In service of my 2020 goal to brew a few more new-to-me styles, I decided on a Belgian Blond early on in the year’s brew planning. It’s a style I don’t know too well, but I’ve historically enjoyed Leffe and… why not take a swing at it? And so one Sunday afternoon, Zondag Meisje1 was born:

It’s probably also worth calling out that I was looking for an excuse to use up some blood orange candi syrup that I’d gotten in a judge’s swag bad after a competition in the fall. 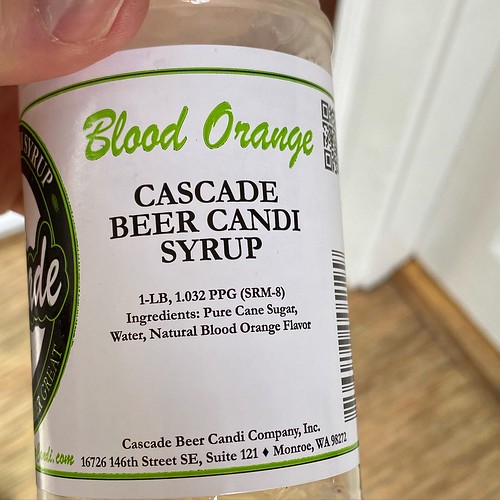 Not that I was going for a strong blood orange impression — but some Belgian style seemed a fair target for that ingredient. Belgian Blond seemed like a style where such a thing wouldn’t be off-limits or otherwise… problematic for the style.

I got my starter going the day before brew day — a single pack of B63 Monastic into 1L of golden light DME-based wort. 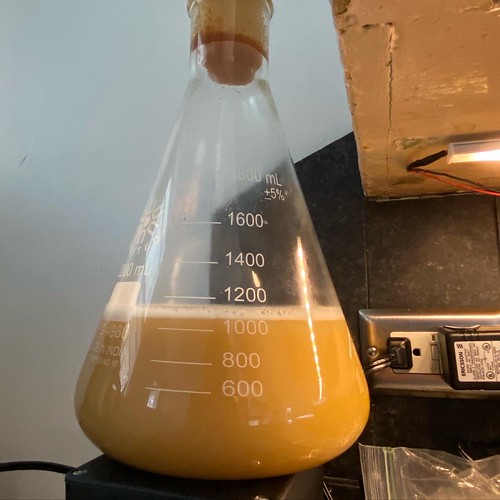 The morning of the brew day, I tried to take things nice and slow — milling the grains and collecting water, etc. Mashed in at approx. 145ÂºF for the first rest (45 min.), before adding the second infusion to raise the temperature up to 160ÂºF for the second rest. 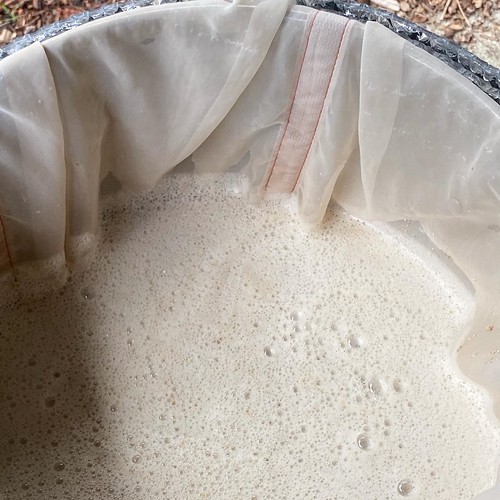 The rest was… pretty uneventful and boring. Pull the bag and do the squeeze. Get the flame going again for the boil. Half ounce of Warrior to bitter; 1 oz. Styrian Goldings at 5 minutes. Chill and … do the post-boil science. 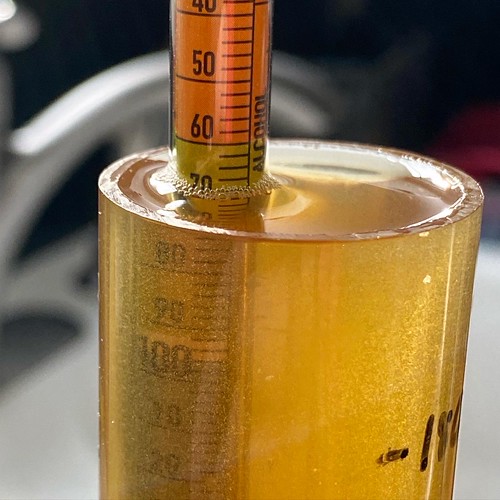 Good enough for me. Let’s get this yeast pitched.

The 1L starter was pitched when the wort was around 65ÂºF and I set the controller up to allow it to free-rise into the low-70s (ÂºF) if it wanted to.

At +13 hours, there was definitely some evidence that fermentation had kicked off, and though temperatures were into the high 60s (ÂºF), I wasn’t also seeing the high spikes like I’d expected.

At +61 hours, things seemed to be slowing down, so I re-set the controller to raise things to 70Â±1ÂºF. My thinking was that by raising the temperature now, before the yeast fully “went to sleep”, I could encourage a more complete attenuation.

Gave it another week or so before pulling it up out of the chest freezer fermentation chamber to let it settle before packaging. And despite the style guidelines’ call for “generally very clear” beer, I opted out of any gelatin.2 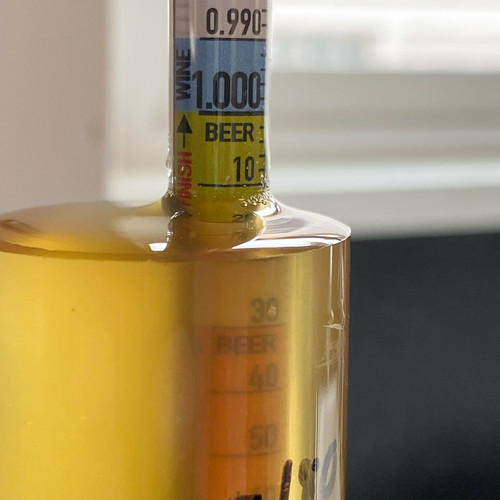 Shortly thereafter I took the sample for F.G. (indeed, 1.010 with calibrations and offsets) and racked the remainder to a keg to gently carbonate over the next week or so to 2.65 volumes of COâ‚‚.

I don’t know that I nailed the style, but it’s a drinkable beer with some fun Belgian character. Not my best beer, and not one that’s likely to win any competitions, but one that I’d be gladly share around.

APPEARANCE. Deep gold bordering on amber. Two centimeter white head with dense foam — eventually collapsed to a thin but stable cap that completely covered the beer. Noticeable haze, but not cloudy or murky.

OVERALL IMPRESSION. (Very?) Good example of the style with some minor faults that are primarily stylistic. Ester expression seems a little high for style (should be “subtle”); consider watching yeast health, and maybe restrain fermentation temperatures. Check grain freshness and mill gap and mash pH to see if that can correct the astringency. Hops seemed to present somewhat more “floral” than “spicy” — double check varietal selection to better align. There’s also a weird sense that this beer reads like a pale Dubbel (!?!?) — and maybe that’s just the over-expression of the yeast but… think about that.

All that said… it’s hard to think of what I would do differently for next time. Even looking over my own scoresheet notes, I compare those to what I know that I did with my process from my notes and… “Really?” Yeast health? I bought the freshest stuff I could and did a starter. Restrain fermentation temperatures? If anything they were lower than I’d originally planned but… OK. Hop varietal selection? But isn’t Styrian Goldings like the Belgian finishing hop?

So THAT said… I’d love to get some other opinions about this one before I commit to a “What would I do different next time?” And in the meantime, I’ll enjoy drinking it. Hopefully it lasts long enough through all the COVID-19 quarantine for me to share it with another judge’s palate.

The all-grain (BIAB) recipe for Zondag Meisje is as follows: