When the early summer strawberry season came on the horizon, my thoughts turned to Awkward Gingham1 and how badly I needed to re-attempt that beer. Given how much I’d learned since that clumsy 2015 attempt,2 and given the nostalgia I was feeling for that clumsy 2015 attempt… it seemed totally appropriate to once again try my hand at Awkward Gingham (Mk. II), my strawberry wheat beer: 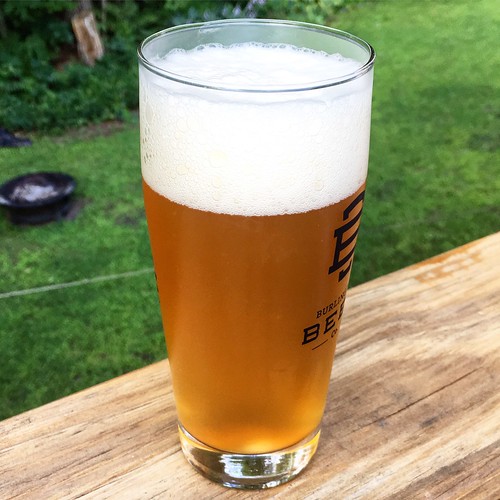 If you haven’t been following along with these blog posts, here’s the short-short version of this beer’s backstory:

And so as early as the fall of 2016, I had started plotting this one out. Since the original 2015 brew, I’d moved from extract brewing to partial mash, and had significantly improved my knowledge of both process and ingredients. I revisited the first recipe a couple of time, tweaking it for balance and intensity. (Also: “Shall we dry hop this time?”) Come June 2017, I was ready to brew.

Having just kegged Codependent Droid, I had a big fresh crop of 3068 slurry ready for pitching. It was a change from the original recipe’s use of 1010 but (1) I had the 3068 on-hand and (2) I knew how to treat the 3068 to get some light banana esters to go along with the strawberries.3 Partly a choice of economy, partly a choice of convenience, and partly a choice of aesthetic change.

Regardless: no need for a starter here; ready to mash! 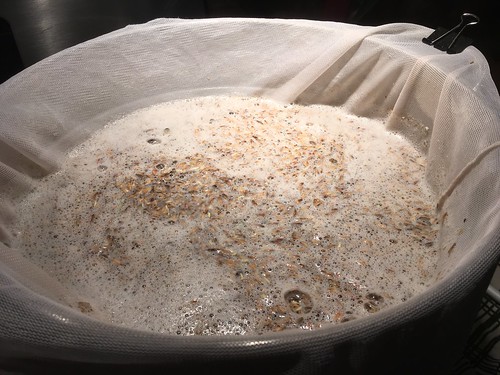 From there it was the usual run of boiling and hop additions, lactose, and the LME addition. 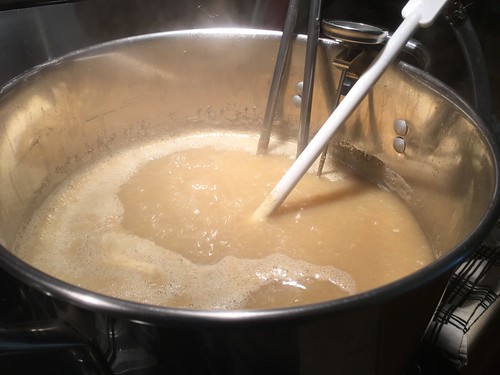 While chilling, I stopped once I reached 150°F and added 1 oz. of Nelson Sauvin for a 15 minute whirlpool/hop stand. After that, I finished chilling it down to 70° and commenced with the post-boil science: 2.75 gallons of wort at 1.098. I calculated my top-up water (erring on the side of volume instead of gravity) and took a hydrometer reading: 1.055 O.G.

I pitched my 250 ml of slurry and put that bucket into the fermentation chamber at 68±1°F. 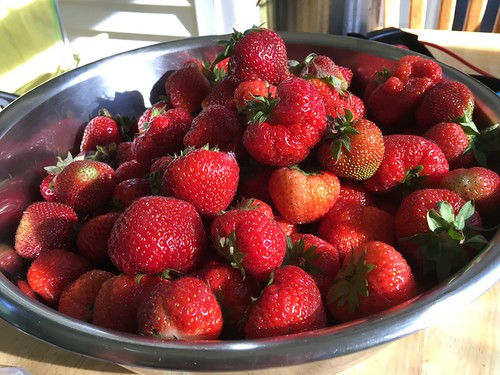 Let’s back up a second: technically the day before brew day was the day that I prepped my strawberries. I’d picked up 6 lb. of them from a local farmstand and promptly washed them, hulled them, quartered them, bagged them, and put them in the freezer. 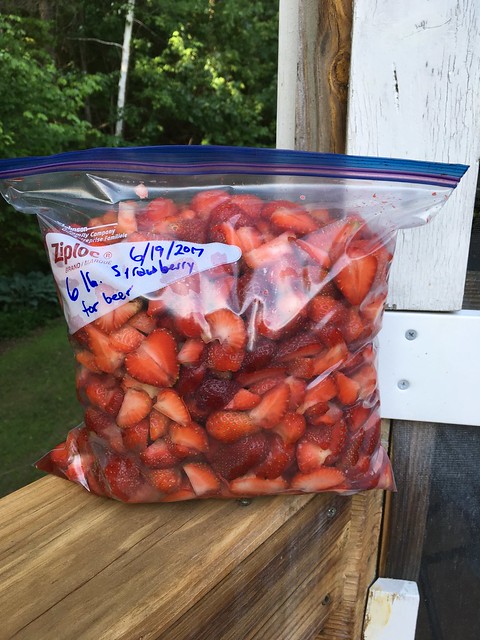 This was basically the same thing as what I’d done with the papaya for Doors Off! (the “Kauai Tropical Stout”) — and given my satisfactory results there, I decided a repeat seemed totally appropriate.

Anyway… They were super-fresh, super-juicy, and super-delicious, and now that was one less thing to worry about as the brew moved ahead.

Given the… logistics of getting the fruit into (and then back out of) the beer, I decided that a classic brew bucket was a totally appropriate vessel here. There was just one wrinkle: I don’t think that I managed to get a great seal with that lid. As in, I never really saw (nor heard) bubbly activity in the blow-off bucket. In retrospect, I don’t think that this was necessarily a fault of the bucket as much as it was a tiny gap of my own making. When I put the lid on, I also threaded the temperature probe for my controller through the airlock hole — then jammed the airlock into said hole. While the rubber grommet held both of them in place, there must have been just enough of a gap for the CO₂ to escape. Oh well!

Anyway, if ever there was a brew to have… “CO₂ leaky”, it was this one. Because pretty much right after I put two-and-two together, we went on vacation for a week.

Lucky for me, when we got back, the gravity was sitting at 1.017. More/less exactly where BeerSmith predicted it would finish.5

So I defrosted the strawberries overnight, loaded them up in a couple of muslin bags, threw in 2 oz. of Nelson Sauvin for dry hopping, and stashed it away for another week. And/but/so… that kicked the yeast back up into some observable activity.6

In any case, fast-forward a week or so and… 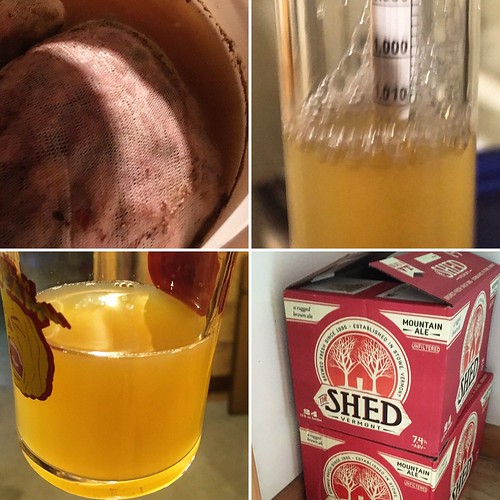 In short? A delicious explosion of fruity flavors: tart strawberry, juicy melon, and ripe banana, with that soft malted wheat backbone to prop it up. 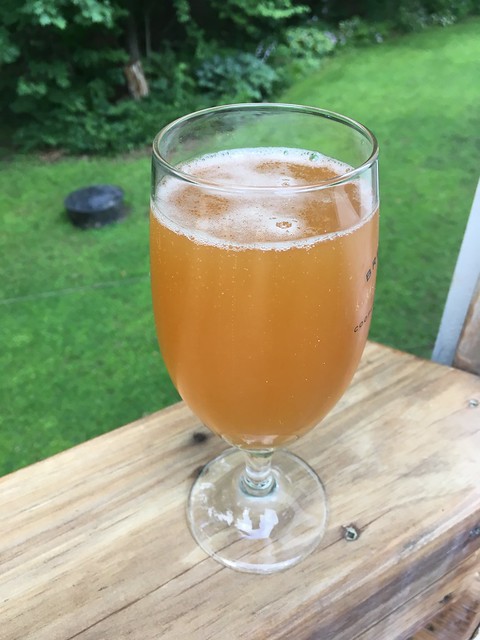 This is not the same beer that I made two summers ago; it’s decidedly superior. The lactose gives it some sweetness and body. It has a soft, silky mouthfeel. Aromas and flavors are replete with fruit sensations, contributed in part by hops, in part by esters, and (of course) in part by the actual fruit. This batch exceeded my expectations and after the first couple samples… I cannot find anything I would change about it unless I opt for a 100% all-grain batch.

The partial mash (BIAB) recipe for Awkward Gingham (Mk. II) is as follows.