My twelfth homebrew was my first crack at that Vermont staple style, the IPA. Intrigued by Kiwi Express IPA from NorthernBrewer.com, that kit provides the base for Koru IPA: 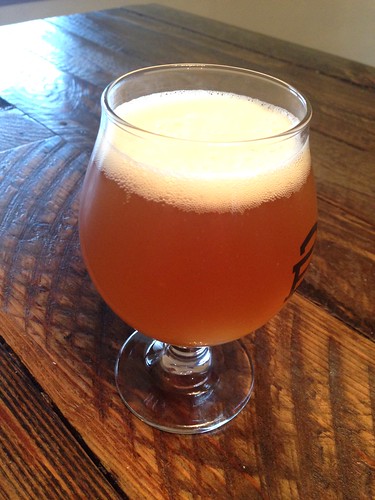 In Vermont, every homebrewer is required by state law to make an IPA during their first year.1 And while this twelfth homebrew was technically brewed after that first anniversary… it was just by a couple of days. I’m sure there’s a statute of limitations or a grace period or something like that. Either way, the time had come to brew an IPA. And after four of my own recipes, I felt OK about taking a quick break and playing along with a kit. And since I’ve been enjoying the bounty of New Zealand’s hop varieties recently,2 the choice was obvious. 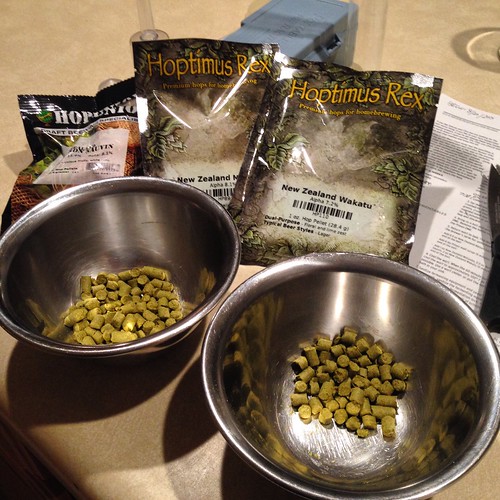 The brew day story here would not be worth telling if it were not for two irksome details.

First: is it just me, or is Irish Moss basically a placebo? Having used it twice now, I find that I wind up with more material still suspended in the wort instead of less. When I pour over into the fermenter, it seems like every last little bit of sludge comes over with it. There’s hardly anything left in the pot. Perhaps it’s not the fault of the Irish Moss — perhaps I’m not cooling fast enough (more on that in a moment) and/or maybe I’m not getting a vigorous enough boil or… what? It seems like there must be some explanation, but if there is, I haven’t yet found it.

Second: getting this wort cooled to pitching temperatures was a nightmare. When the boil finished, I put the pot into the ice bath and followed along with the recent advice I’d received: keep gently stirring the wort, and keep moving the cold water around in the sink. And I did that. But four one-gallon bags of ice and forty minutes later and I was barely down to 100°F. No problem, I thought, the cold water in the fermenter will get it down close to pitching temps! Oh, how wrong I was. It was still over 80°F. Perhaps the night’s ambient temperature was too damn hot? So I took the fermenter down to the basement (70°F down there) and wrapped the fermenter in a cool wet t-shirt and some more ice.

…where it took until about 5:30 the next morning to get down to 72°F — the upper end of the Wyeast 1056 range. And so I pitched and I crossed my fingers and I sealed the fermenter and put it up against the cool back basement wall.3

I won’t lie. I was a bit frustrated, and did not feel like this beer was off to a good start.

(So me and a friend went to Hill Farmstead for the day so I could take my mind off things.)

Siphon over to the carboy for secondary/conditioning and… Dry hopping! 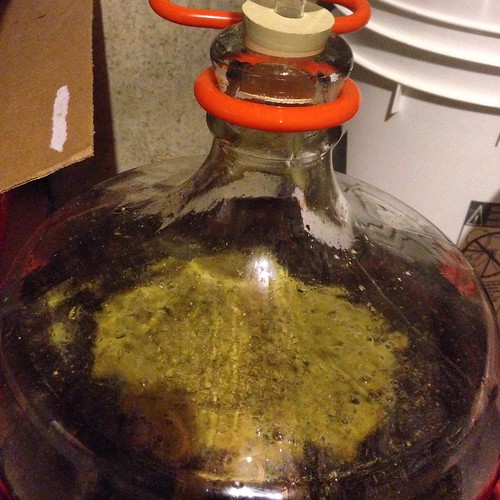 Yes, what’s an IPA without dry hopping? And it was fun to try for the first time. A bunch more New Zealand hops go in and a few days later… 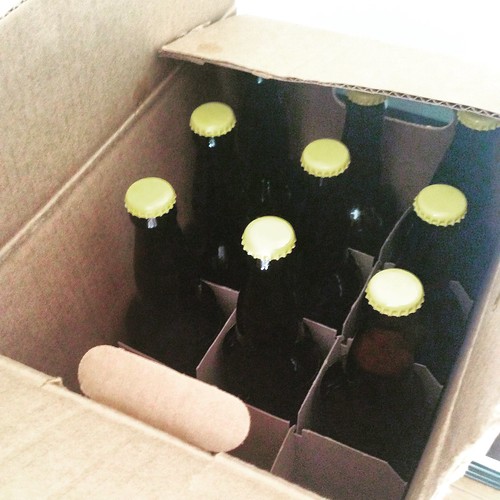 Twenty-one × 22 oz. bottles worth of aromatic IPA come out.

And when I cracked that first one open? Not too shabby indeed. A definite IPA, and a very drinkable beer. Great aroma and flavor — slightly grassy and floral, with lime and lemon and (indeed, as expected) that characteristic Nelson Sauvin. Bitterness was present and assertive, but not dominating. The color is a nice gold. And lastly… although there was some sediment in the bottle, there also wasn’t nearly as much as I’d feared. All in all? A big win.