Remember that time I did the mead making demo? Well, when I tweeted about it, it kicked off a series of escalating dares until I’d gotten myself roped into doing a similar demonstration at Vermont Code Camp. 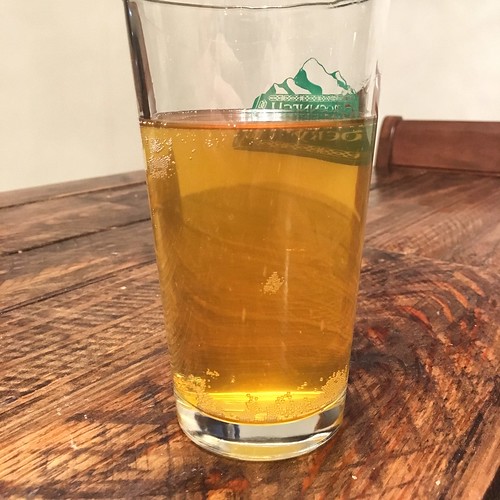 And apparently now this is “my thing” — to make mead in front of strangers. 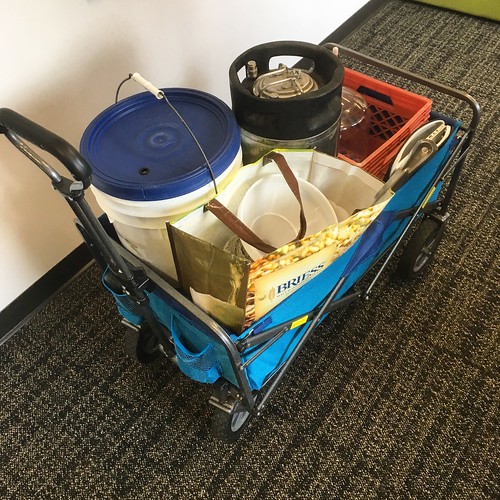 Show time for my talk at Vermont Code Camp was scheduled for 4:15pm. I walked through my slides with the dozen or so folks that decided to spend their last hour with me. I explained what mead is, described mead’s relationship to other alcoholic beverages, talked a bit about the role of yeast in fermentation, and then got right down into the demo.

Two gallons of hot water went into the mixing bucket, followed by three Campden tablets and two ounces of yeast nutrient. Once that was all in solution, I added six pounds of honey. A little more water and I was up to the three gallon mark. I still managed to… underestimate the capacity of the fermentor I’d brought vs. the volume of liquid. No major mess — but I’m glad I had laid down a towel.

An Aside About “Crisis Thinking”

It’s worth mentioning that I didn’t only talk about mead-making. Given that the day was billed as a technology conference, I at least tried to tie it back to the field. As I was down on the floor, making the mead, I free-associated my way through something I’ve come to call “crisis thinking”.1 In a nutshell, I talked about how “crisis thinking” epitomizes those situations where you can’t “roll back” from a mistake and must instead “fail forward”. I briefly described a scenario or two from my experience in software engineering, but brought it all together and drove it home by telling the tale of my brew day for Diplomatic Mission and all the miscalculations and mistakes and near-misses and how I had to adjust and compromise in the moment without complete information and how I was only marginally satisfied with the results but it went on to win me “Mead Maker of the Year” at the 2017 GNMHC.

I tried to make it funny and relevant. I hope it was funny.

So yeah. I mixed up the must at the conference. I brought it home. I let the Campden tablets finish their business and pitched a sachet of Lalvin D-47. (No rehydration.)

I stuck it down in the basement. Average ambient temperature 68-70°F. Then, aside from a little manual monitoring, I just let it hang out and finish fermenting. Pretty hands-off. About three weeks later it was ready to package. 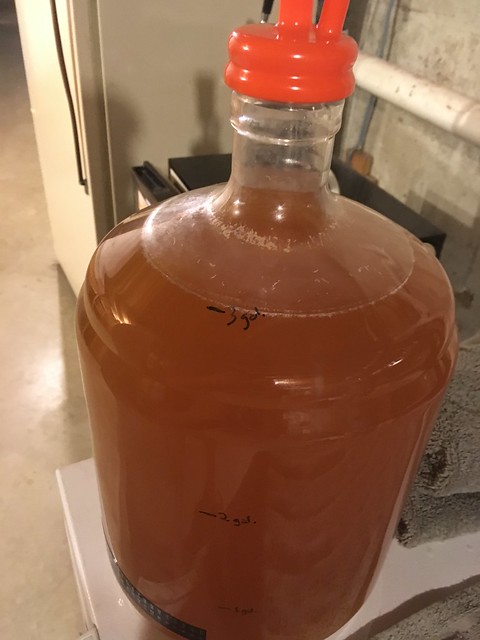 Unlike last time, I didn’t split up the batch in any significant way (i.e., no rhodomels). I primed nine 12 oz. bottles for sparkling mead; the rest went into nine 22 oz. bottles. Then I had about 16 oz. left over for bottling day consumption. 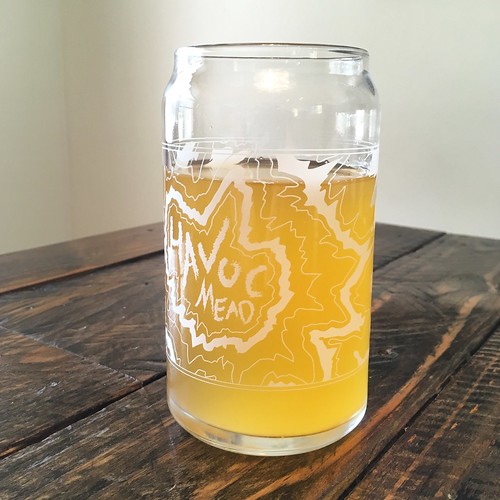 APPEARANCE. Darker than Iâ€™d expected; this varietal runs to a pale gold. With a sufficiently gentle pour though, it’s nice and clear in the glass, with a good number of bubbles from the carbonation. After a few sips of my first pour, I dumped in the remainder of the bottle — lees and all — and (predictably) it got a little cloudy, but not unattractively so. With the haze from the lees, the color was more of a burnished gold.

FLAVOR. Overall, it leans vinous, with botanical and floral notes coming retronasally. The honey character seems to hint around the edges. I get a background impression of tart berries.

OVERALL IMPRESSIONS. I’m pleased with how it turned out. Especially considering how little effort went into this one. No special honey varietal, no special treatments… Basically just winging it in a public setting. And getting a decent result. A drinkable mead.

The recipe for Syntactic Sugar (The Vermont Code Camp Mead) is as follows: