The story behind this brew is as simple as it gets. I made a clone of Havoc’s Root of All Evil; it was a huge hit here at home, and we were running low. The obvious solution? Make some more of Evil Clone (Mk. II): 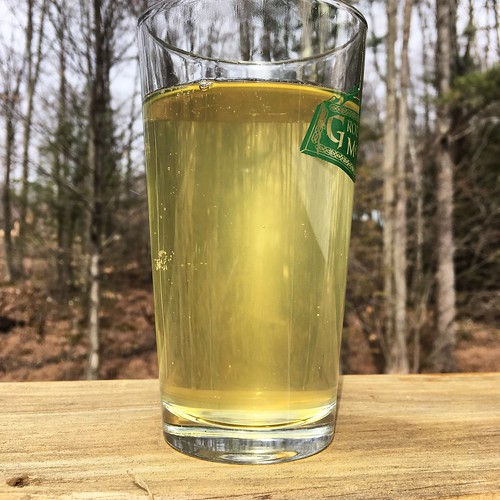 Is it even worth re-hashing a casual mead-making day? Collecting the equipment and ingredients; heating the water; mixing the honey to make the must; adding the Campden tablets and waiting for them to do their sciencey magic…

After the Campden tablets killed off any extant microflora, I rehydrated the yeast (EC-1118) and pitched along with 4.5 g of Fermaid-K and 4 g DAP. Following the staggered nutrient addition protocol, I added those same amounts of Fermaid-K and DAP after 2, 4, and 6 days.

As this was the ginger mead we were making here, I went to add the ginger (fresh, grated, 12 oz.) and lime juice (fresh squeezed, from 5 limes) after 4 days. Unfortunately, I dramatically over-estimated my available headspace. 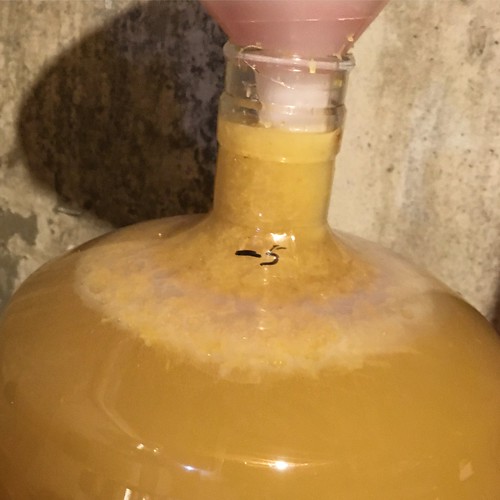 Consequently, I had to do an emergency transfer and rack to a larger fermentation vessel. Whoops. At least that was an option here. Safely transferred, fermentation continued.

Two weeks after pitching, I took my first gravity reading: 0.998. Which is where it locked in as the final gravity. Four days later, it was still sitting at 0.998.

When I packaged, I primed with corn sugar. I filled 45 × 12 oz. bottles — but also managed to have some losses and transferred sediment from the free-floating ginger. (Why don’t I remember that from last time?)

And so… I let it bottle condition for that carbonation.

I like it, but it’s not as good as the first batch I made. Not as spicy, and more vinous. 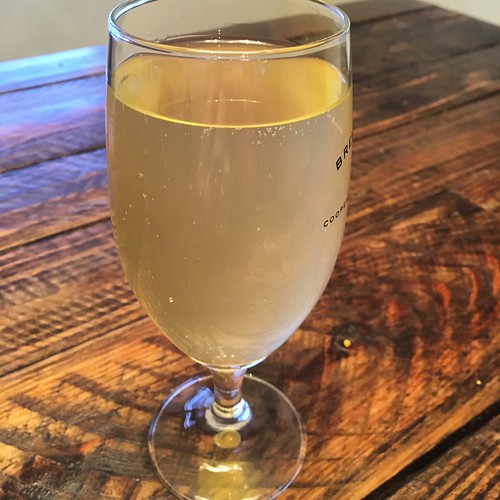 APPEARANCE. Bottles are uneven; most are very clear, though some are a little hazy. Pale yellow. Lots of fine fast-rising bubbles.

MOUTHFEEL. Light body. On the higher side of medium carbonation. Very dry. Some lingering “zing” from the carbonation and spicy ginger character.

OVERALL IMPRESSION. Reads like a sparkling wine with a dominant ginger impression, though ginger is on the high side of moderate and not aggressive. The bone dry finish leaves little of the source honey’s character behind.

Between this mead and the Kirkland Clover Challenge, one thing has become clear: the honey matters. This should have been apparent when comparing my results between “Imposter Syndrome” and “Syntactic Sugar”; those two meads were different in ways that could not be explained by the yeast selections alone. Nevertheless, it took some more experimentation for the lesson to come all the way home.

This batch is decent, but it’s a far cry from that first batch. We’ll finish these, for sure — no doubt about that. But next time we’ll rewind the tape back to that first batch, and go from there.

The recipe for Evil Clone (Mk. II) is as follows: