Shorty short version: before I went back to work, making a batch of mead was one my list of things to do. So after getting that first beer brewed, I set aside a morning to bang out a pair of musts.

Given how the Mk. IV batch went, this felt like an easy way to get 5 gallons of sessionable, spicy craft mead flowing in our house.

Who doesn’t love a brew day that simple? 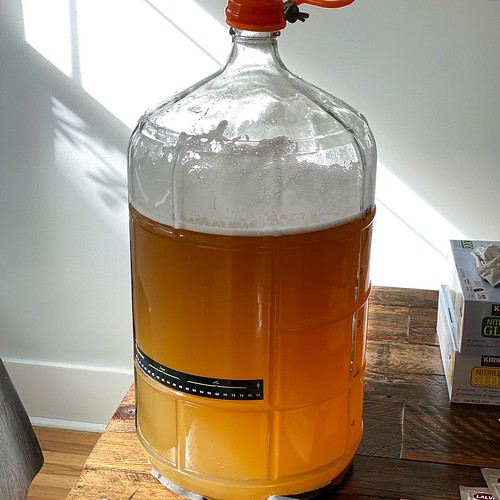 So… with all my reading and study for the BJCP Mead Judge exam, I’d become convinced (again?) to use staggered nutrient additions instead of just the big ol’ 2 oz. undifferentiated nutrient dump at the beginning. So that’s what I did:

But here’s the thing… Either D-47 hates me, or hates Seattle, or is just a lazy yeast because things took forever after that. Around +118 hours, the gravity plateaued at 1.015 for a couple days before continuing to drop … albeit very slowly.

I hit it with a little more DAP, and a little more Fermaid-K, and gently agitated the vessel to try and rouse the yeast. Activity in the airlock never ceased5 but gravity just … floated like a feather.

Finally, around +474 hours, I added the much-needed flavor agents: the juice of 5 limes, and about 60 g of Morton & Bassett powdered ginger.

A Brief Aside About the Ginger

In my previous iterations of this recipe, I used either all fresh ginger, or some combination of fresh ginger and powdered.

Quick aside to the aside: the open source recipe calls for powdered, but I always thought fresh would be better. (After all, I’m already swapping lime juice in for lemon!) But given the ginger flavor I was after, I always felt like the fresh ginger didn’t quite get us there. (Plus it’s a pain in the ass to work with.) So in 3 of those 4 previous iterations, I would supplement the fresh ginger with powdered “to taste” after the fact.

But I’m a man after simplicity, and I started to wonder if I could get away with “just” using the powdered stuff. So I started researching fresh vs. powdered ginger and LO AND BEHOLD there are some real actual differences.

Alas! In an uncharacteristic move for me, I didn’t jot down all of my sources, but the TL;DR reads something like this:

Armed with that information, I went back over my notes for my four previous batches. Here’s what I came up with:

Note that Mk. I was likely the most gingery, and received a 41.5 in competition. Granted — this is putting aside the fresh/powder ratio, and just focusing on the powder aspect because the latter is where most of the spicy heat is supposed to come from and that’s what we want in this house.

So with those numbers worked out, I bought a single vial of Morton & Bassett powdered ginger because that there is 60 g and gets us just slightly above the presumptive levels from the Mk. I batch.

Back to the Fermentation and Conditioning

A little over a full month after pitching, the mead seemed to finally reach its terminal gravity. An in-band but slightly disappointing 1.001. (Aside: I’ll probably never use D-47 again. Especially given that US-05 seems to get the job done fine, despite its own tendency to have slow starts.)

From there? Get it in a keg, burst carbonate it to approx. 2.3 volumes, and let it condition a couple days.

Not my all-time favorite batch — but it’s fine. And it gives us the mead we were after for everyday drinking. 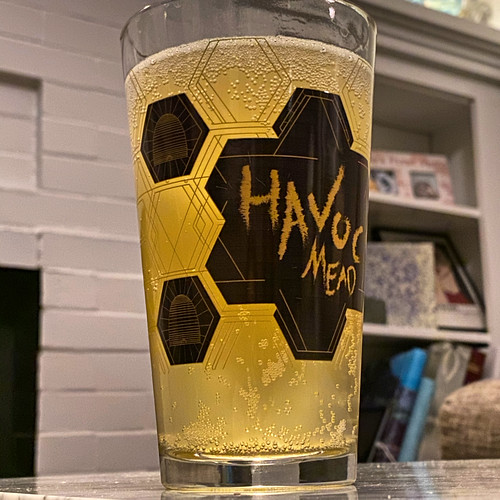 OVERALL IMPRESSION. The aspiring BJCP Mead Judge in me would probably be wringing his hands something fierce here. The lack of honey character ought to be a red flag but given that it has such a dry finish, and is such a low-O.G. mead to begin with, and that it features such a strong spice character… You want to say “out of balance” and/or “needs more structure” BUT it’s also so damned enjoyable to drink. Aggressive ginger character and everything. Whatever — it doesn’t have to “score well” to be a damned enjoyable beverage. And this is (more or less) the mead I set out to make.

Changes for next time?

First — I’m going back to US-05 for these meads. I might (MIGHT!) experiment with Belle Saison at some point, just to see. But D-47 just took so long to finish that it was almost silly.

Second — Consider going back to the simple big charge of nutrients at the beginning. I understand the rationale for doing the staggered additions, but when I look back over my own scoresheets and tasting notes… I’m not seeing any significant differences. Not in scores. Not in taste preference. Not in fermentation time. Not in finishing gravity. And a man after simplicity, in the absence of counterfactuals, is probably just going to do the easy thing.

Fourth — NOT a change: but I think I’ll stick with the powdered stuff from now on. I might (MIGHT!) cut it back slightly though — it’s more/less at the level that I like it, but that doesn’t mean it’ll resonate with all comers.

The recipe for Evil Clone (Mk. V) is as follows:

Starting with the Seattle City Water profile as a base, collect it by carbon filtration.