After making two batches of mead in front (“for”) strangers, and both times as sort of an accident, I decided to make some on my own. Being big fans of Havoc’s Root of All Evil around here, we decided to make our own version of it. Since Groennfell and Havoc have their recipes all online, “cloning” this one was easy: just crib from the source!

Now, I give you Evil Clone: 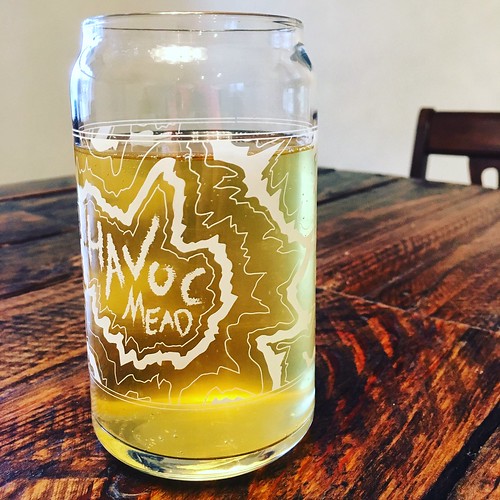 I’d been planning to make this in the fall so that it would be ready for our winter holiday staycation, but the precise day for the brewing was somewhat impromptu. We were expecting a delivery of firewood, and I’d stayed home that day so that I could get it under the deck before the forecasted precipitation arrived. As the day progressed, and the wood delivery kept not showing up, I succumbed to a superstition: If I get myself involved in something that can’t get interrupted, it will surely arrive!

So I got out my gear and my “good enough” honey from Costco and… got to mixing. I got about 3¼ gallons into my kettle at 110°F. Two gallons of that went into my mixing bucket, along with 3 crushed Campden tablets and 6 lb. of wildflower honey. I transferred the must into the fermentor and topped off with another ¼ gallon of water. The hydrometer reading gave me a starting gravity of 1.074. I added 2 oz. of yeast nutrient1 and put it in the closet for 24 hours. 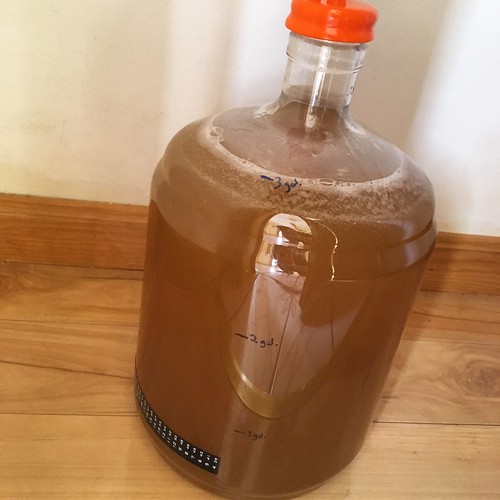 The next afternoon, I pithed a single sachet of Safale US-05 (no rehydration). About 17 hours later there was some activity in the airlock and the fermometer was reading a couple degrees above the ambient temperature. So far, so good.

After about four days of activity, it was time to add the ginger. I broke off chunks of fresh ginger root until I had 3 oz.; I had 2.1 oz. of it after peeling and finely grating. I added that to the fermentor. I also juiced three limes into the fermentor as well. 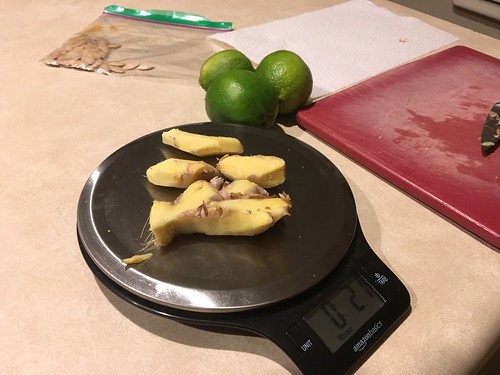 At the one week mark, I took my first gravity reading. The temperature was holding steady at about 70°F with some slow bubbling continuing in the airlock. The gravity reading came up as 1.037 which seemed… high? Looking over notes from the previous batches, it seemed like it should have attenuated more than that by now. I considered the possibility that the lime addition had made the acidity too high for the US-05. But if that were the case, wouldn’t it stop fermenting all together? I dosed it with 1.5 tsp. of yeast energizer to encourage the wee little creatures in there.

Two days later I took another gravity reading, and noted that it had come down to 1.028. So it was making progress, it just seemed to be slow progress. Anticipating a 0.998 finishing gravity, I made a few calculations and figured…:

And while the sample was tasting pretty good, it needed more ginger. So I added 15 grams of ground ginger.

Four days later, the mead was at 1.005 — not the 0.998 I was expecting, but there were also still some slow bubbles in the airlock. Probably not finished. Was the mead reaching the upper-limit for US-05’s alcohol tolerance? The literature I’d found suggested that was 12% and so far we were only up to about 9%.

How about some patience? How about a couple more days? And that seemed to do it. About four days later it finished at 0.997.

I decided to carbonate the whole batch (I intended it as a Root of All Evil clone, after all) and so I mixed up a priming solution of corn sugar, dosed it with another 15 grams of ground ginger (because the correct amount of ginger is “more”) and ran off the mead into 24 × 12 oz. bottles. I thought that would be plenty of bottles but… I managed to pour two glasses from the bottling bucket. I handed one over to A. and after taking a couple of sips, she declared the amount of ginger to be at least adequate. 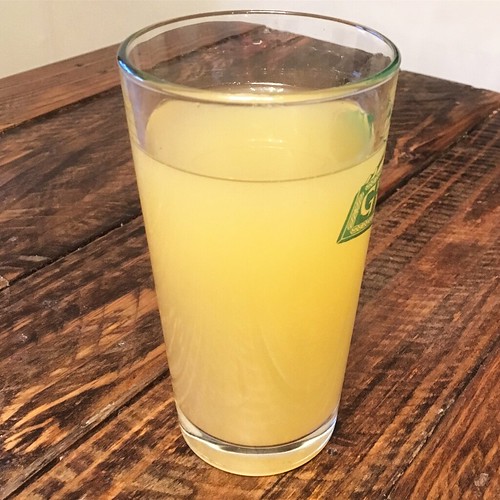 I won’t bother doing a full structured evaluation here. The short version though, is probably summed up with: Maybe Clone is even more Evil than the original Root?

Big ginger. Strong. And I like the lime juice in place of the lemon; it’s still citrusy, but it’s toned down a bit — less acidic. Smooth and bright, and dangerously drinkable for 9.6% ABV.

I’ll definitely be making this again. I like it at 9.6%, but I may lower the gravity to get it more in the 7-8% range. I feel like there was a good amount of ginger here, but I’d rather do it all at once; next time I’m thinking 2 oz./gal. of finely grated fresh ginger.

Probably my favorite mead that I’ve made yet.

The recipe for Clone of All Evil is as follows: